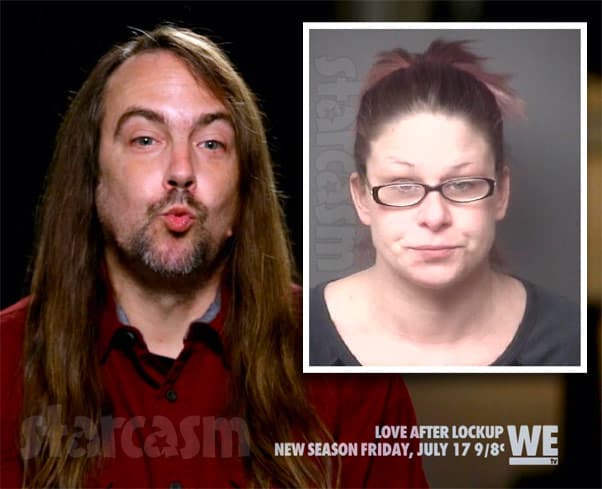 When Love After Lockup star John Miller reveals to his daughter Sapphire in the Season Premiere that he is dating a convict named Kristianna Roth and that he plans to marry her the day she gets out, Sapphire immediately does an internet search and turns up a long list of convictions for her potential step-mom.

“There’s felonies, burglaries — there’s, like, thirty of them,” Sapphire tells her dad as she scrolls through the search results on her phone. She turns the phone to her dad and scrolls for him. “Do you see all of these?”

John seems unconcerned. “People can change,” he explains. “Usually, the senses are tingling when I feel something is off, and I just — I just don’t feel like that.” John trusting his relationship Spidey sense may not be advisable given the fact that he has already been married four times.

Earlier in the episode, as John is building his pickup truck wedding chapel and honeymoon suite with his brother Kordell, he acknowledged some of the red flags in regards to Krisitanna’s past. However, he remained optimistic. “Her life’s been a little bit crazy. She’s been in and out for about eight years,” John tells his brother. “The biggest thing I’m concerned with is she has a history with the, uh, the substances.”

The scene then cuts to John’s interview clip. “I really think Kristianna will stay out of trouble this time around. You know, she’s never had anything on the outside to really look forward to and to keep her grounded.”

So, was John justifiably optimistic in terms of Kristianna’s recidivism? Nope. Not at all.

According to online records, Kristianna is currently back in prison with a tentative discharge date of February 27, 2023.

I’m unclear on the exact timeline for Kristianna’s release and her return. It appears that she got out some time in late September or early October of 2019. The show featured a photo of John and Kristianna together while she was still incarcerated in September, and John posted a couple of photos with her at a restaurant on October 15. 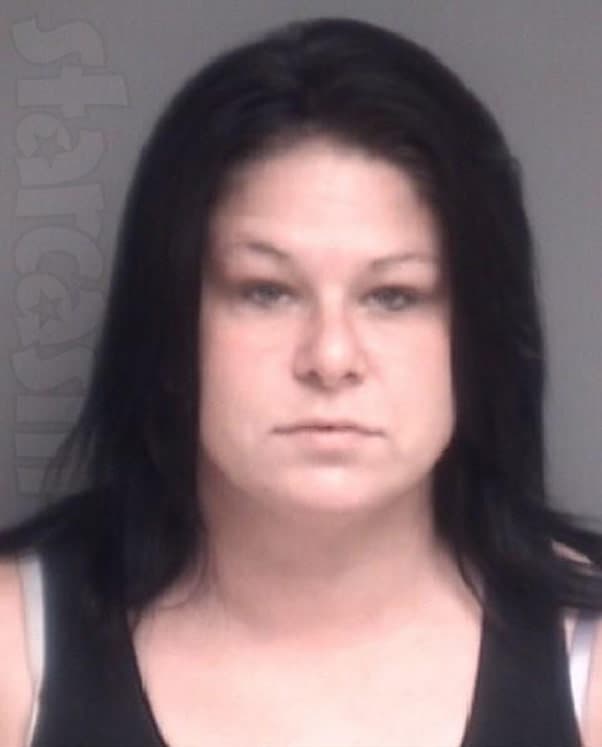 It sounds like we may have another Clint and Tracie “mother-f****in’ crack” situation! Let’s hope John didn’t rent a car.

In mid-March, John shared a Tik Tok video in which he talks about how they have completely locked down the prison where his “wife” is incarcerated due to COVID-19.

John apparently referring to Kristianna as his wife leads us to the next big question: Did they get married or not? Unfortunately, Iowa marriage records aren’t easily accessible, and I cannot answer that question. John does refer to her as his wife, but he seems like the kind of guy that might do that regardless of an official piece of paper.

I will point out that Kristianna appears to be currently incarcerated under her maiden name, so if she did walk up the steps of John’s pickup, then I don’t believe she changed her last name.

UPDATE – Despite being incarcerated under her maiden name, I did find a record of her arrest on October 16 under Kristianna Miller.

I noticed that John is wearing a ring on his left ring finger in one of the photos with Kristianna after her release, as well as a Tik Tok video in March, but he’s also wearing the ring earlier in 2019 as well. This is purely speculation and not based on any concrete evidence, but John sure seems like someone that would go through a whole elaborate pickup truck day-of-release wedding while still not officially divorced from his previous wife.

Getting back to Kristianna’s rather troubled past, we decided to follow up on Sapphire’s research to see just how tingle-deaf John is. As it turns out, Sapphire’s assessment was completely accurate as Kristianna has quite the densely packed criminal record! And I phrase it that way because Kristianna was just 35 when she filmed. (She turned 36 earlier this month.)

Here is a very rough timeline from court records, with some of her charges over the years:

06/11/2016 – Possession of Drug Paraphernalia, Publicly Under the Influence of a Controlled Substance

07/08/2016 – Publicly Under the Influence of a Controlled Substance

10/10/2016 – Publicly Under the Influence of a Controlled Substance, Disorderly Conduct 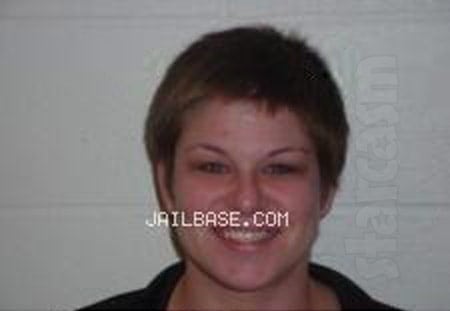 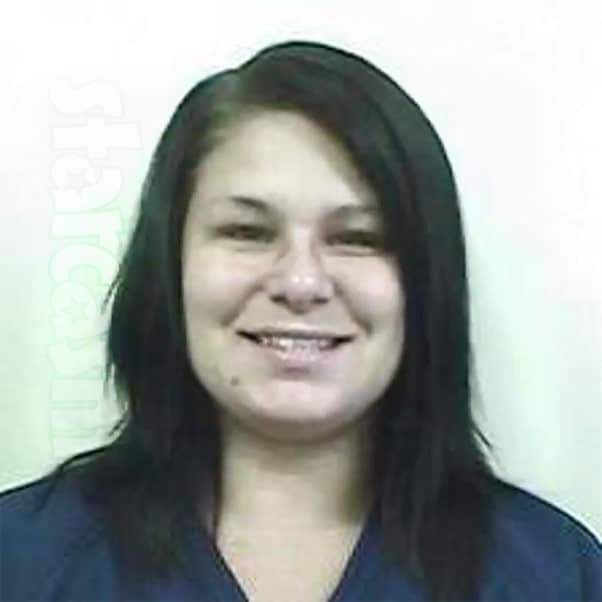 And here is Kristianna’s prison record from the Iowa Department of Corrections: 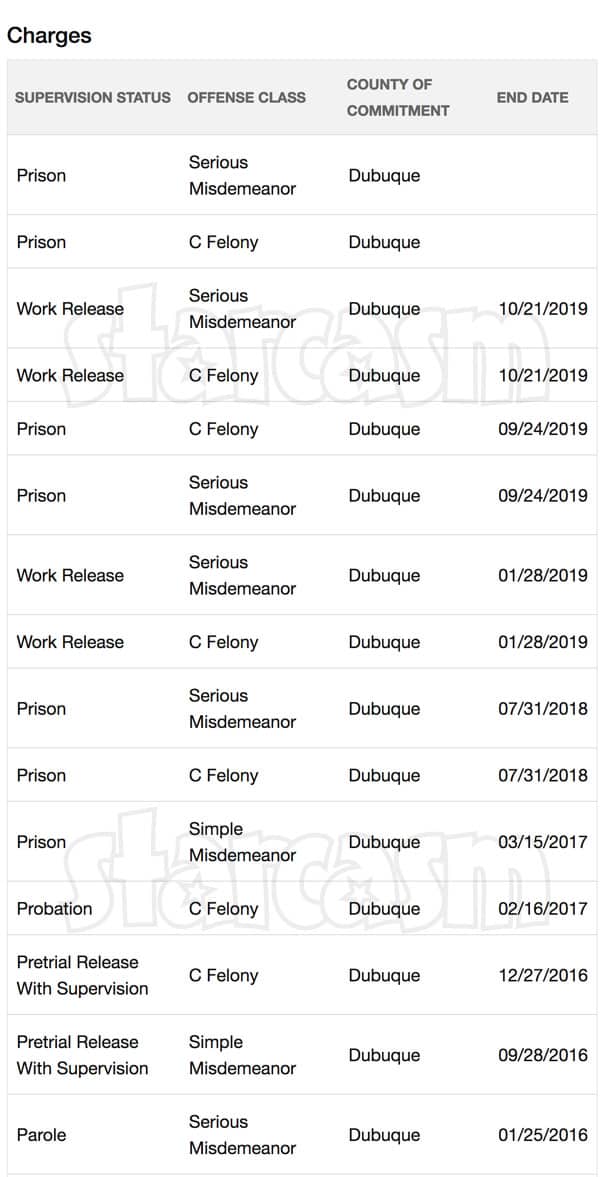 John and Kristianna’s story looks like it will be quite the roller the coaster, even in the context of the drama theme park that is Love After Lockup! Plus, John seems to still be committed to Kristianna despite her being committed in another way, and that tells me that viewers can expect to see these two in future seasons as well.

The new season of Love After Lockup airs Friday nights at 9/8c on WE tv.