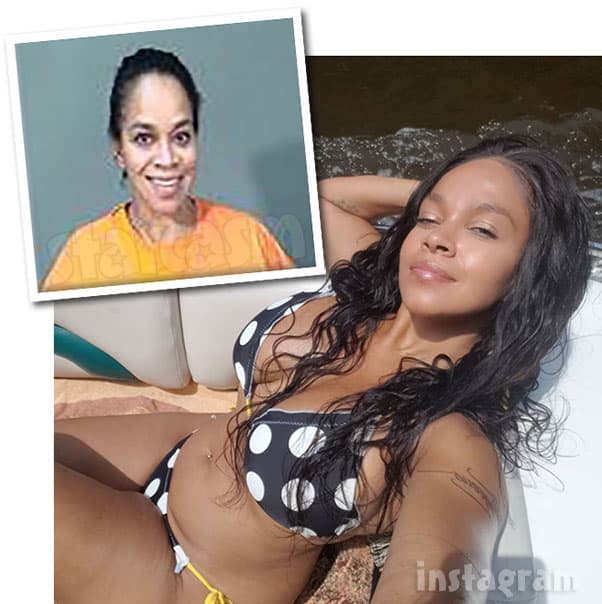 Former Love After Lockup star Elizabeth Kommes looked to be on track to become one of the show’s rare happily ever after stories as she remained sober and employed full time after her split from prison sugar daddy Scott Davey.

The 43-year-old recently relocated to Port Washington, Wisconsin a couple months ago after making her relationship with a new boyfriend named Brian Facebook official. Unfortunately, it appears their relationship may have gone south as Elizabeth is currently back in jail after a restraining order was filed against her.

According to jail records, Lizzie was taken into custody on Tuesday. She is listed as being held on a probation violation.

Court records indicate that Lizzie was the respondent in a domestic abuse temporary restraining order that was filed the same day as her booking. We don’t have specifics on the reason for the restraining order, but we hope to know more soon. Lizzie is scheduled to appear for a hearing in the matter on October 7.

The court’s website reveals that one of the notes in regards to the case filing is that there is a “Proposed Notice of Firearms Possession Penalties.” I hope that doesn’t mean Lizzie was in possession of a firearm when she wasn’t supposed to be!

In Lizzie’s new mug shot photo she can be seen with a huge smile, which is quite similar to her infamous “flirty” mug shot photo that went viral well before her appearance on Love After Lockup. Here’s a tweet with a link to our story about Lizzie’s pre-reality show fame:

Lizzie and her boyfriend Brian made their relationship Facebook official on July 18. Brian’s relationship status is still listed as “in a relationship,” but Lizzie’s says “single.”

On July 17, Lizzie revealed on Instagram that her daughter Jazmyne had moved in with her. It’s unclear when Lizzie moved to Port Washington, but it looks to have been prior to August 19 when she posted a photo from inside her new apartment.

Lizzie’s most recent Instagram post was from the day before she was booked, and it includes a photo of a daily devotional with an entry about learning to recognize evil. Lizzie added this caption:

The devil tries so hard to get us off track every single day… just remember when the devil is trying to attack you all you have to do is say Satan I rebuke you in Jesus name… and he will flee. #resistthedevil #rebukethedevil #pray

I couldn’t find any other hint of relationship troubles between Brian and Lizzie on social media, but I did find one odd comment responding to one of Lizzie’s Facebook posts. The comment was made on September 16 and is in reference to a young woman with the same last name as Brian. Here is the comment with the woman’s name redacted:

A real godly woman would protect that relationship at all cost. It didn’t phase my niece at all. She’s got the grace and maturity some are so incapable of being- but sisters are eternal. You messed with my sisters daughter [name redacted]

I will say it for her

Don’t ever text her or contact her again. Focus on being a mother to your own child.

Lizzie’s relationship with Brian comes after another failed relationship that seemed to be going quite well. Here’s our post about Lizzie and her former post-Scott boo Dru:

We will continue to look into Lizzie’s current legal issues and will update when we know more.

UPDATE – Lizzie is back out of jail and she shared her side of what happened with us.

LOVE AFTER LOCKUP Did Johnna buy her own engagement ring? She addresses Garrett’s gf Nelly’s claims