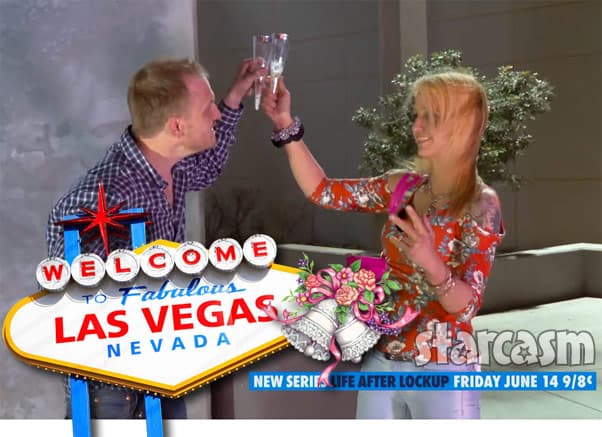 Fan favorite Love After Lockup couple Clint and Tracie are officially God and Goddess! We can exclusively reveal that Clint and Tracie got married in Las Vegas on March 31, 2019, or year and one day after their on-screen saloon wedding in Houston. (Although, if you want to get really specific, Tracie was five hours late to the saloon, so it might have been after midnight before they exchanged vows.)

As we previously reported, we could find no record of Clint and Tracie’s wedding either in Texas or New Mexico when we first investigated them last year. A family source later confirmed to us that the two were never officially married.

It’s unclear why the two never made it official, despite having a ceremony with a licensed officiant. Of course, it’s not very hard to speculate, given the dates — and what we know about what happened later that night!

Clint and Tracie’s saloon wedding was at the Westwind Club in Houston on Friday, March 30, 2018. However, after the ceremony, the signed wedding certificate still needs to be handed over to a county clerk to be recorded. My guess is that when Tracie got high on mother****ing crack and took off in Clint’s rental car, he had the sense to make sure the document was not filed when the courts opened back up on Monday morning.

I assume there is a limited amount of time for marriage paperwork to be filed. And, given that Tracie was back behind bars before Clint even saw her again, even Clint couldn’t bring himself to follow through with the filing.

The preview trailer for the upcoming season of Love After Lockup: Life After Lockup shows Clint and Tracie celebrating in Las Vegas, so I think it is safe to say that we’ll see their official marriage ceremony this season. Clint and Tracie met up with their co-stars and fellow Las Vegas residents Brittany and Marcelino Santiago on their trip, and I’m curious about whether those two will be in attendance.

Here’s a photo of the Love After Lockup crossover: 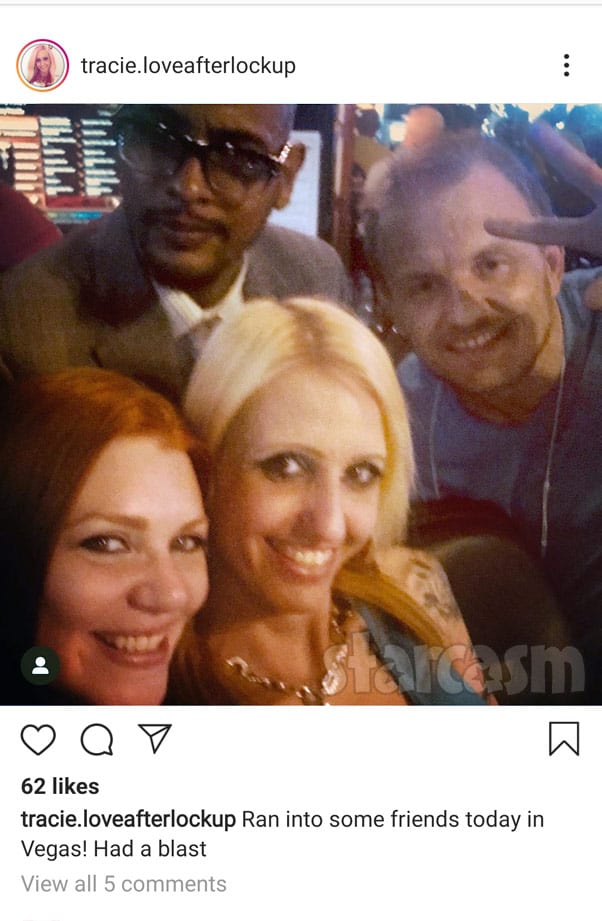 If you’re curious about how Clint and his Goddess are doing, they appear to still be together and still living their happily ever after! Tracie posts regularly on Twitter and Instagram, and she often has fun with the negativity she gets from fans of the show.

Speaking of Tracie posting regularly on social media, she recently revealed that she has entered herself into a contest to become the next cover model for Inked magazine! Here’s her Instagram post with a link, although the photo seems to have switched tit for tat in an effort to garner more votes:

Here’s an actual hyperlink to her Inked constest profile if you can’t copy and paste from the Instagram caption. WARNING! LOTS of Goddess hawtness!

Tracie is currently in second place in her division, so y’all need to get on over there and vote! We need The Goddess on the cover of Inked!

Meanwhile, for those of you looking for your Love After Lockup fix, WE tv is airing a “Most Arresting Moments” special this Friday at 9/8c, with cast members coming back to offer commentary on their most memorable scenes!