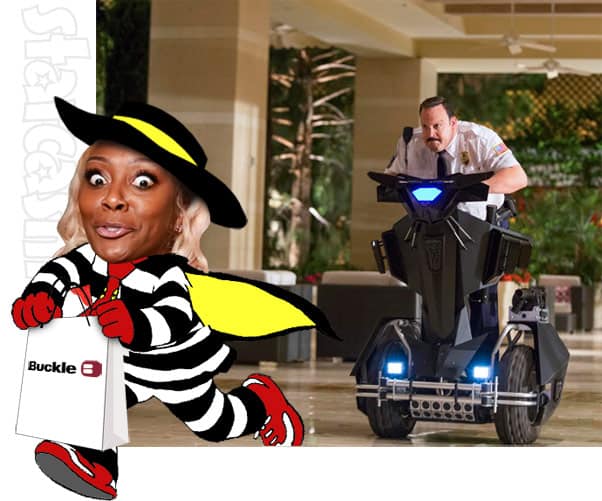 Love After Lockup drug kingpin Lamondre Fluker isn’t the only one in his relationship who has an extensive criminal history, as evidenced by our previous post featuring 20 of Andrea’s mug shot photos from her numerous arrests over the past 20 years, including a $6,695 Sunglass Hut heist. Andrea shared our mug shot montage on Instagram and boasted that she wasn’t ashamed of her past, so I’m sure she won’t mind if we crack open her case file again and reveal details about some of her other run-ins with the po-po.

Andrea is the owner of iKlass Sunwear, a fashion brand that includes swimsuits and sunglasses. The 37-year-old reality star’s passion for fashion is nothing new, however, as you can tell by her numerous arrests for shoplifting at various clothing retailers.

In 2014, Andrea and a man named Dominique were arrested after they got caught lifting $842.75 worth of leggings and more from a Hollister in the Volusia Mall. Making the offense even more egregious to anyone who has ever worked retail in a mall, the attempted theft occurred one minute before the store was scheduled to close.

According to the police report, a Hollister employee was “working on closing the store when she saw [Dominique] grabbing a stock of black and white leggings and opening his bag and placing them in.” The employee approached the man, but he “avoided her by going behind [Andrea], who blocked her path and prevented her from getting to [Dominique].”

Yes, you read that correctly. This man got behind Andrea for protection! 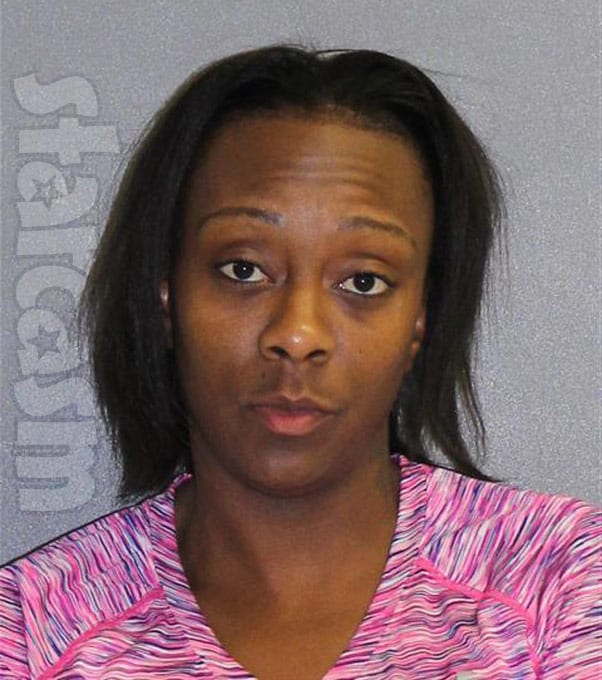 Dominique left the store, setting off the store alarm, and the employee was able to “get around” Andrea and pursue him. After catching up with Dominique, the employee asked “if she could see their bag because the store may have left a tag on the clothing.” Dominique and Andrea declined. The employee asked again, but the suspects declined once again and made their way out of the mall.

The employee told officers “she followed them outside the mall when [Andrea] turned and made a gesture with her right hand like she was going to back hand her. [The employee] stated she was afraid [Andrea] was going to hit her so she stopped following them and called security.”

Thankfully, there were two detectives leaving a nearby Applebee’s at the time who saw Dominique and Andrea “running through the parking lot.” The detectives were able to stop the two suspects before they got into their vehicle. The Hollister store manager arrived on the scene and confirmed that the merchandise in Dominique’s Hot Topic bag (no joke) belonged to Hollister. The manager indicated that she wanted to press charges. 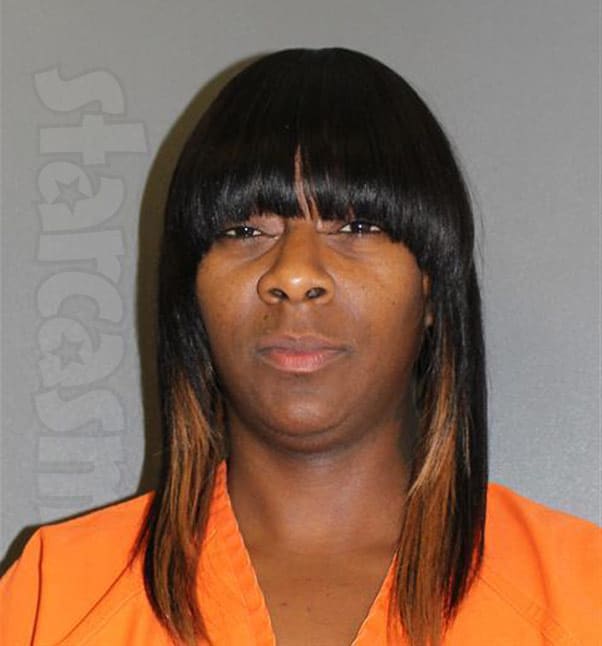 Almost exactly one year before her attempted Hollister heist, Andrea was arrested for shoplifting at a Buckle store located at the exact same mall. This time, Andrea was with an unidentified woman when they were recognized by the Buckle assistant manager (or, as Andrea would say, “asurrstrnt” manager) as “individuals who committed retail theft in the business previously.”

The assistant manager told police that she observed two women “holding several pieces of merchandise in their hands” when the suspects “began to flee from the business, without paying for the merchandise.”

The assistant manager pursued the two women on foot out into the parking lot, but this time there were no detectives leaving Applebee’s and the suspects were able to escape in a black Acura. However, the assistant manager was able to get the license plate number, which of course was registered to Andrea.

Police later found the Acura and were able to see “a shorts hanger inside of the vehicle.” The asistant manager was able to identify Andrea out of a photo lineup, so she was arrested and charged.

According to the Buckle employee, Andrea and the woman took $771.95 worth of clothing, including nine shirts, three pairs of shorts and three pairs of jeans.

I will highlight one more entry from Andrea’s case files, but this time I will select one that isn’t shoplifting. How about a Taco Bell parking lot assault?

In May of 2015, a man named Carlos met up with Andrea at a local Taco Bell at roughly 10:30PM. Carlos told police that he and Andrea had “been in an intimate physical relationship for approximately six months and have lived together recently as a family unit.” He said that they were meeting up so that they could discuss “trying to make peace between each other.”

It seems the meeting went well initially, as Carlos told police that Andrea “said what she had to say” and he did too. However, things went south when Andrea asked Carlos for $60 “for her daughter.” Carlos informed Andrea that he did not have the money, and he returned to his sister’s car.

As Carlos was attempting to leave the parking lot, Andrea allegedly “pulled out of her parking space to block his vehicle and stopped approximately two inches from his.” More from the police report, with Carlos’s first name substituted in for his last:

On the Season Premiere of #LoveAfterLockup, Andrea's family clutched their pearls when she revealed she was dating a notorious convict named Lamondre. However, Andrea is the furthest thing from Miss Goody Two-Shoes! 😳 https://t.co/SSy00IzF36

Domestic violence doesn’t appear to be anything new for Andrea either. According to court records, she has filed no fewer than four protective orders since 2007, including one against Carlos filed two months after the Taco Bell incident.

Despite her propensity for running afoul of the law earlier in her life, Andrea appears to have been staying on the straight and narrow for the past year or so. In June of 2018, Andrea was involved in a Daytona strip club scuffle during which she allegedly struck another woman “several times in the face, leaving a small laceration under her left eye.” The fight was reportedly over the victim’s ex boyfriend that Andrea was dating at the time. (There is no mention of it being Lamondre in the police report.)

That case was later dropped by the prosecutor.

Meanwhile, Andrea was in New York City this week makin’ money moves for her iKlass Sunwear brand! Here are a couple of her updates from the past few days:

You can keep up with the wacky adventures of Andrea and Lamondre with new episodes of Love After Lockup airing Friday nights at 9/8c on WE tv.