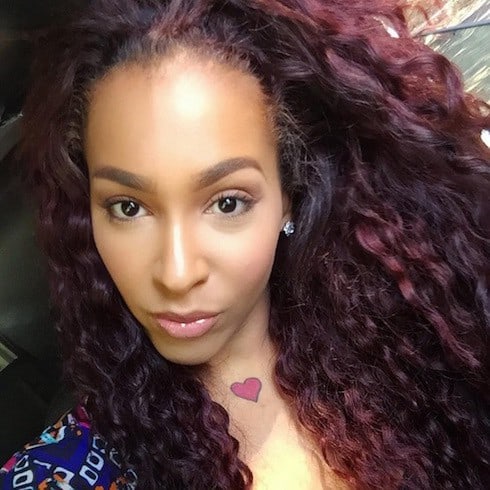 Amina Buddafly and Peter Gunz have been separated for months, and, while we don’t know the exact terms on which they took a break, we do know that Amina is on the defensive following a report that she may have stepped out on Peter while in LA. Before we get to those details, it’s also worth pointing out that Amina has alread raised eyebrows regarding the state of her marriage to Peter with the news that she plans to release a potentially tell-all memoir later this year. Though Peter recently hosted a seemingly happy get-together featuring four of his six baby mamas, the new report calls into question whether he and Amina’s separation might be permanent–and whether long-standing rumors about her desire to quit Love & Hip Hop might soon become fact.

The report, first published by noted gossip blog Fameolous, alleges that Amina became involved with rapper Kardy Ferrari, who happens to be the cousin of the woman Amina hired to help watch her and Peter’s children while she’s on the West Coast. Since that publication, the war has gone to social media, with a string of he-said, she-said volleys constituting most of the story. Kardy’s main argument–despite some possible incriminating DMs, which appear later in the thread–seems to be that he doesn’t want any Love & Hip Hop attention, nor does he need the money the show could offer him. Amina, as you might have expected, has said nothing.

We’ll try to start from the beginning, and line up as many of the relevant posts as possible in as close to a chronological order as possible:

looking at the stars ☄ like yall in trouble @aminabuddafly

The blogs are wilding saying I want to be on #lhhny I'm too busy counting all this paper they can't pay enough @monascottyoung oh s/o @richiedollaz with the lookin ? tell ya boy get his weight up not his hate up ??? #brooklyn 4eva 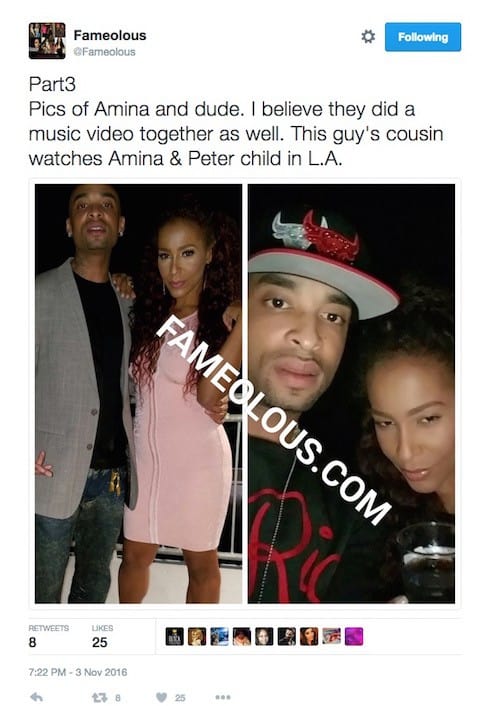 Here’s the first of the alleged DMs, shared at an unspecified point in the past month between Kardy and his cousin: 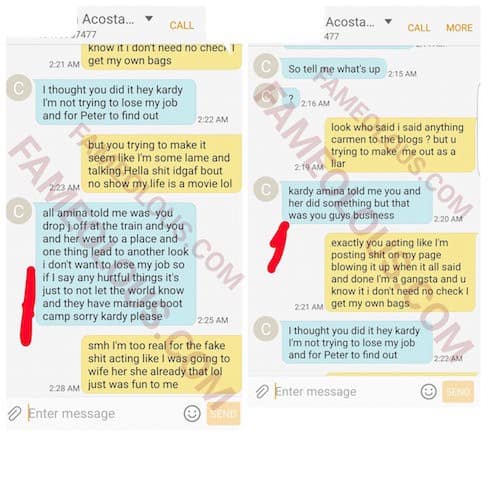 Finally, here’s a string of DMs that Kardy himself just shared on Instagram, one in which he appears to try and keep that pot good and stirred!

Whatever else is going on behind the scenes, this story is sure to develop over the next few days (and weeks!), given that LHHNY Season 7 is set to debut on Monday, November 21st.