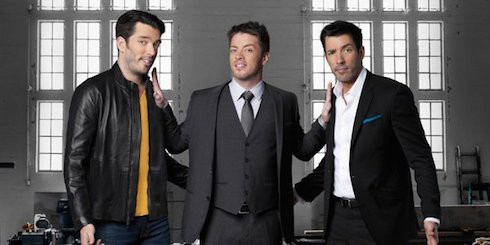 Drew and Jonathan Scott, the Property Brothers of HGTV fame, are well-known for their exploits in real estate, home improvement, music, yule log videos, and being handsome. But: did you know that there’s a third Scott Brother? An older Scott Brother? One who’s gone into business with his younger, twinned siblings, but who’s (sort of) shunned the camera’s glare in favor of a career behind the lens?

Who is Jonathan and Drew Scott’s older brother, JD Scott? Although he’s spent some time as an on-camera personality–JD hosts All-American Amusement Parks over on Great American Country–the third Scott Brother has largely made his name as a creative director and product developer. Though, when he does make the occasional appearance on Property Brothers, it’s usually at Drew and Jonathan’s expense:

According to his IMDB filmography, JD Scott has appeared in four motion pictures, three of which were shorts, and two of which he wrote himself. JD has also had success as a producer: he’s credited as such for Makeover Manor, a Property Brothers-affiliate show. And, according to his official Scott Brothers bio, JD is a valuable asset for he, Drew, and Jonathan’s overall brand:

The eldest Scott brother…has penned many scripts, stories, and articles over the years and was a founding member of the Canadian sketch comedy ensemble, YFG, as well as a member of the internationally known, Loose Moose Improv. He has also performed on-stage in Las Vegas as a celebrity impersonator for superstars, Adam Lambert and David Bowie. JD…has directed and acted in festival films and produced over 50 hours of digital content, which has been integral to the growth of the Scott Brothers brand….As a strong proponent of the family business, J.D. rounds out the brothers’ dynamic with his outside-the-box approach and creative thinking. 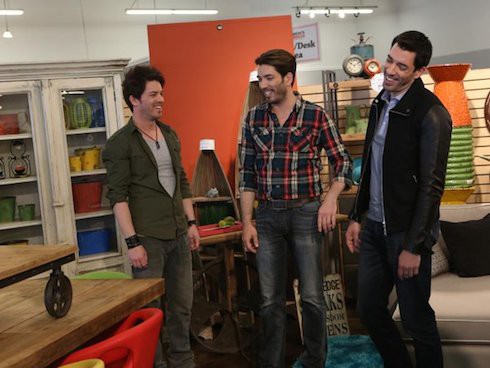 Furthermore, JD Scott was integral to the creation of the Property Brothers successful thirteen-week radio programme “Off Topic with the Scott Brothers.” The “lifestyle radio series” debuted to strong ratings in late 2013, and there’s been talk of a second run–when and if JD, Drew, and Jonathan can find the time for further tapings.

Here’s a sampling of the Property Brothers’ comic ways:

As for JD Scott’s more recent doings, you can catch him over on HGTV.com, where his new web-based series, Can I Come In?, looks “behind the scenes of some of Las Vegas’ craziest homes.” JD took the series’ second run over from Erika Wasser, who examined New York; in his first five episodes, JD has given his audience exclusive looks at the homes of some of Las Vegas’ most famous residents–as well as some of their most demure. The newest Can I Come In episode focuses on tiny houses, of all things, and you can check it out on HGTV’s website.

As for his love life, JD is attached to Las Vegas-based model and makeup artist Annalee Belle. The two are frequent social media updaters–and, from the looks of things, quite smitten with each other:

Enjoying the sand, surf and sounds of #Miami with @annaleebelle

This is how @mrjdscott and I roll after working our butts off shooting latex with @radiant_inc. Pizza party! ??