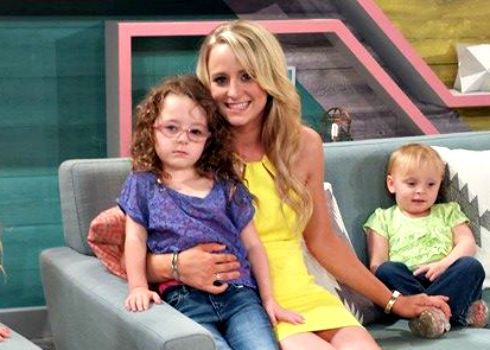 No drama here! After finally changing her name on social media back to “Leah Messer,” the Teen Mom 2 star made it clear she is on great terms with second ex-husband Jeremy Calvert.

@calvert505 is hands down one of the best dads that I know. Couldn't imagine coparenting with anyone else. Addie ALWAYS comes FIRST!

When a fan account accused Leah of making a subtle dig at Corey Simms with that tweet, she responded, “this has NOTHING to do with Corey. Thank you.” However, Leah and Corey aren’t on great terms as he’s continuing to fight for full custody of their twin daughters. Making matters worse, Corey’s wife Miranda reportedly went off on Leah at the Teen Mom 2 reunion last weekend.

“Miranda called Leah out for putting the twins in potential danger,” an insider told The Ashley’s Reality Roundup. “Everyone on set was stunned. No one expected Miranda to go off like that because she’s usually quiet. Leah couldn’t really even deny that she bashes Corey in front of the kids, because it’s true. Leah couldn’t really deny anything Miranda was saying.”

The situation apparently got so intense that Leah’s mom, Dawn Spears, started yelling at Miranda from the audience.

“She’s concerned that Leah could snap at any minute,” a family source said. “She knows how fragile Leah is right now and didn’t even want her to go to LA for the reunion, but she had to because of her MTV contract. They have to attend the reunions.”

Although there’s no word about his interaction with Leah during the show, Corey seems to be on the same page as Miranda: He tweeted-and-deleted a photo with Jeremy Calvert on Friday night, captioning it #lifeafterLeah. He later added, “Honestly I’ve had enough I usually keep my mouth shut and don’t say much but yeah you’ll see.” 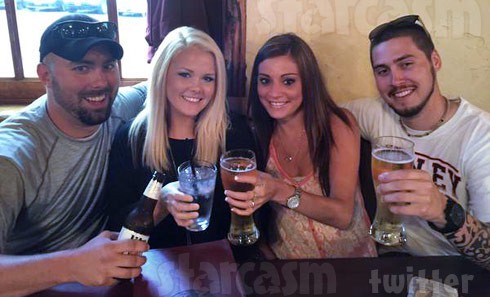 Surprisingly, the source who attended the reunion show taping said Jeremy went very easy on Leah during their segment.

“They didn’t really fight or anything,” the insider said. “Everyone was expecting this big showdown but Jeremy decided not to nail Leah like he had planned to do.”