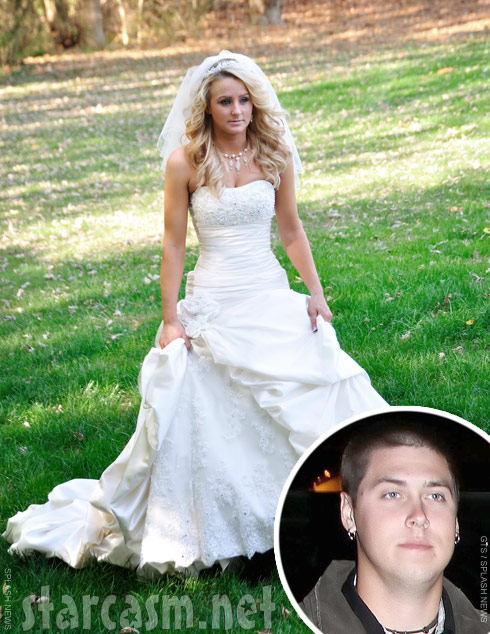 Teen Mom 2 star Leah Simms (formerly Leah Messer) is now Leah Calvert (we would assume) after marrying her fiance Jeremy Calvert in a small family ceremony in Catlettsburg, Kentucky on Wednesday! MTV cameras were reportedly rolling as Leah and Jeremy were married by Rev. Marty Gute at the Catlettsburg Wedding Chapel with approximately 15-20 in attendance, including Leah’s twin daughters Aliannah and Aleeah. (No word if Corey Simms was in attendance.)

Gute tells The Independent Online that he received a call from MTV producers on Tuesday asking him to sign a waiver allowing production crews to film in the chapel.

“When I asked what was going on, they said it was for the Leah Simms wedding, and that name didn’t ring a bell at first,” Gute said. But when he mentioned it to his wife and daughter, they knew exactly who he was talking about.

According to Gute, camera crews followed Leah and Jeremy as they got their marriage license at the Boyd County Courthouse and then purchased their rings. The ring purchases were held up for some reason, delaying the ceremony about 90 minutes from its scheduled 3PM start.

“I think they wanted to keep it out of the news, but the producer said he knew it would hit Facebook soon,” Gute said. “He asked my daughter not to tweet about it, though.”

All has been quiet on the Messer Twitter front with only this little interaction the day after the wedding between Jeremy and Leah, which in retrospect looks a bit like an inside joke:

Congratulations to Leah and Jeremy!

Top photo: Leah Messer in her wedding dress from her wedding to Corey Simms. (Inset: Jeremy Calvert in NYC in November 2011).

UPDATE – Here’s a photo of the Catlettsburg Wedding Chapel from their website: 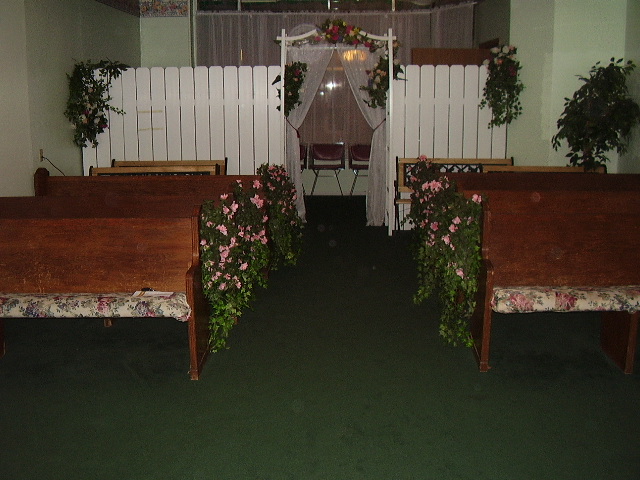