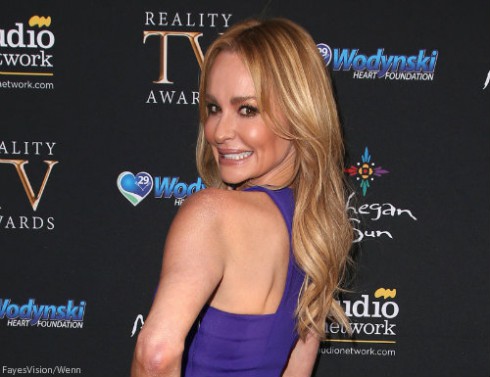 “Taylor has signed a contract and will be featured on RHOBH this upcoming season,” an insider told Radar Online.

That means a big move for Taylor, who’s lived in Colorado with husband John Bluher and daughter Kennedy for the past couple of years.

“She will be moving back to Beverly Hills with her husband, John, and her daughter, Kennedy,” the source said. “John was reluctant to move to California, but he knew it meant a lot to Taylor, so he agreed.”

With filming already underway, Taylor reconnected with her old pals at a birthday party for Lisa Vanderpump’s husband, Ken Todd, this weekend. Taylor’s own hubby also said on Twitter they are enjoying life back in Southern California.

Brunch w my love @TaylorArmstrong – love being back in Beverly Hills pic.twitter.com/ud4L1H0uVJ

During Taylor’s first run on RHOBH, estranged husband Russell Armstrong committed suicide. The Bravo show covered the aftermath, but she was phased off the show starting in 2013. She later appeared on Couples Therapy with then-fiancé John before tying the knot in April 2014.

The next season of Real Housewives of Beverly Hills is expected to air next winter.