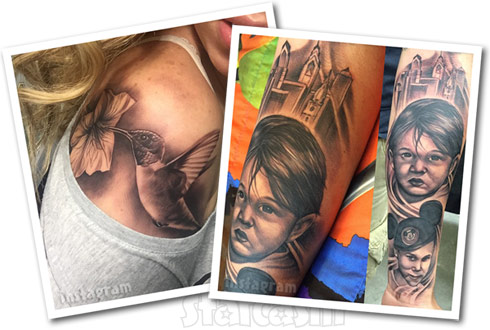 Skin art loving Teen Mom 2 couple Kailyn Lowry and Javi Marroquin were at the Baltimore Tattoo Arts Convention this weekend and of course they couldn’t resist adding to their growing tattoo collections! Javi extended his sleeve with portraits of Isaac and Lincoln in front of a Philadelphia skyline while Kailyn decorated her shoulder with a hummingbird and flower.

Javi was the first to reveal plans to go under the needle yet again with this tweet on Tuesday:

Javi followed through on his tweet by getting his forearm decorated with son Lincoln and stepson Isaac by artist Brian Zolotas in a process that took more than eight hours! Here are a couple of views: 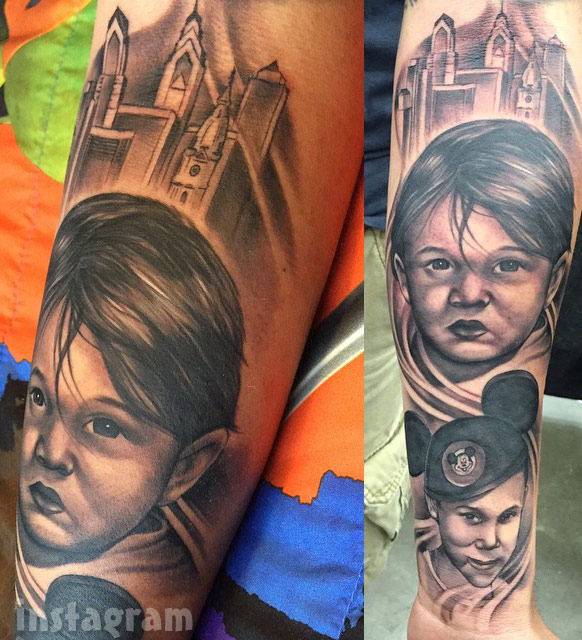 If you’re fan of the new ink, you’re not alone. It seems those in charge of handing out awards at the convention were also impressed as Javi took home the 1st place trophy for Tattoo of the Day on Saturday:

“The Greek really did some magic on this one!” Javi wrote. “Still a little red, I’ll post a healed picture in a couple of weeks. This piece won 1st place for tattoo of the day! Appreciate it my man Brian Zolotas.”

As you can tell from this next photo, Kailyn joined Javi in the tattoo chair at the Inkfatuation booth:

Kailyn opted to switch arms and get a hummingbird and flower tattoo on her right shoulder by artist Rick Reyes: 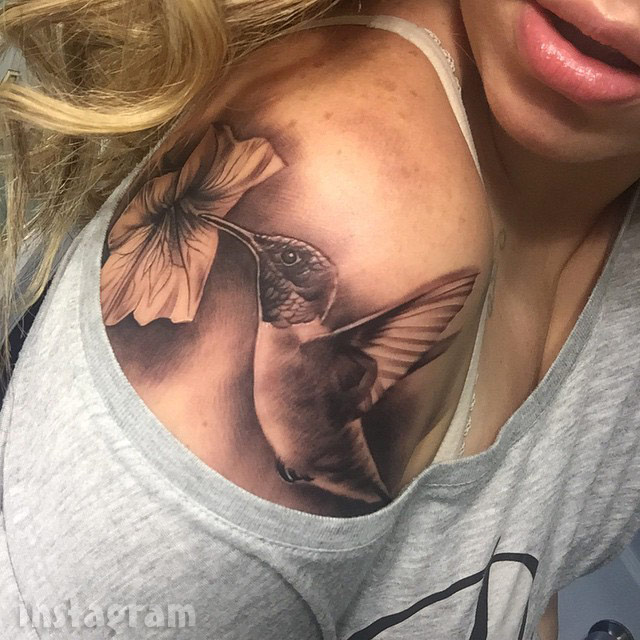 Kail and Javi are quickly running out of real estate! What do you think their next tattoos should be?