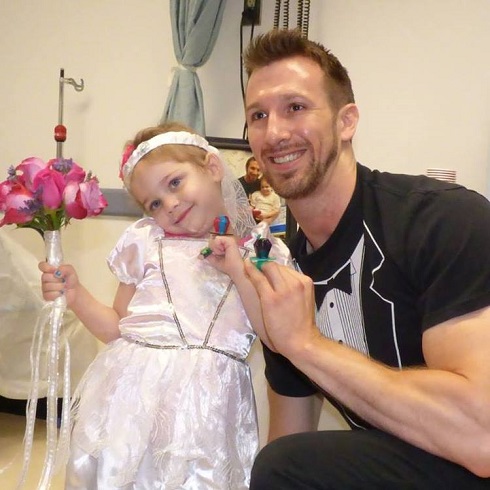 While most 4 year olds dream of a toy shopping spree or a trip to Disney, Abby Sayles had a much more important wish: to marry her favorite nurse.

Abby is a cancer patient being treated at Melodies Center at Albany Medical Center in New York. During her stay there, she made a friend in her favorite nurse, Matt Hickling, a man who has been by Abby’s side during her battle with leukemia. After expressing to her mother that she wanted to marry him, the news got back to Matt and within 24 hours of learning of her wish, the hospital made her dream come true.

Abby wore a white dress, carried a bouquet of flowers, and met her “groom” at the end of the pink rose petal covered aisle. Matt wore a special tuxedo T-shirt for his “bride.” 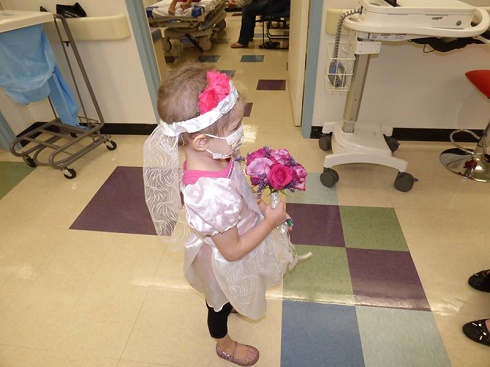 “I didn’t hesitate to say yes, I got a HUGE hug and we sealed the deal with ring pops being placed on our fingers!” Matt wrote on his Facebook page.

The wedding ceremony, which has over 20 million online views after the video was posted to WNYT’s Facebook page by viewer Lori Ciafardoni, was held right in the hospital, which was decked out with a wedding cake, donated flowers and a toy car with a “Just Married” sign.

Abby has battled pre-b cell acute lymphoblastic leukemia for the last year. Acute lymphoblastic leukemia, or ALL, affects approximately 2,900 adolescents under the age of 20 in the United States each year. It accounts for 25% of all cancers diagnosed in children. Early detection increases the odds of beating the disease, and in many cases, intensive treatment results in remission. Abby’s mother, Renee Sayles, tells reporters that although there have been a few setbacks, Abby’s prognosis over time looks good.

Photos of the ceremony and updates on Abby’s condition are posted on the Amazing Abby Facebook page.

And here is the video report by WNYT: