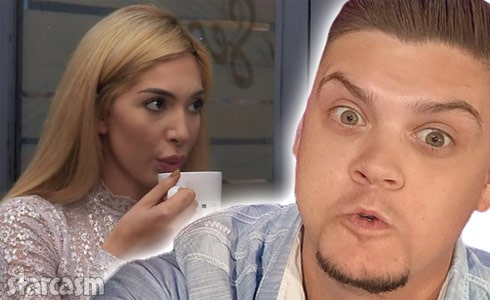 Farrah Abraham went “there” during her most recent diss of her Teen Mom costars.

In a Facebook Live promotional interview with In Touch for her upcoming appearance on Marriage Boot Camp: Reality Stars: Family Edition, Abraham went all in on bashing Amber Portwood, Matt Baier, Kailyn Lowry and Tyler Baltierra.

Trashing the other stars is nothing new for Farrah, but even for her this round of comments were harsh.

Did you feel left out when they all went to Puerto Rico together?

FA: Hell no… I have much better taste in trips, styles and probably went to better locations in Puerto Rico than they did.

Do you think there’s ever going to be a chance that you guys can get along?

FA: Why would I? Would they have apologized to me many of times, I mean, Amber’s trying to have her own management team pitch my own shows… I just feel like I have surpassed them and I don’t like people using me saying negative things like writing books about me, doing horrible things… I would not want a friend like that for anybody.

Have you and Amber spoken since… (cut off)

FA: No. I don’t speak to criminals and, honestly, her and her criminal convict whatever she’s into, she should have that time in her life and I’m totally far separated from that.

Do you  guys regret making the pedophile comments?

FA: I mean, if someone’s a pedophile it’s a pedophile. I mean he continues to act like it with writing books about me, using outlandish things that are not true but they “know Farrah more” than anybody.

Farrah on Kail Lowry’s current pregnancy and the mystery over who the father is:

FA: Honestly, I am not above the drama, nor do I encourage other Teen Moms to continue to have unplanned pregnancies and situations like this. This is why I’ve started the show. This is why I continue to do the show. I am more about talking success and women striving to do their hardest and turning things around and I welcome and I’m happy for everybody else who gets pregnant on Teen Mom. 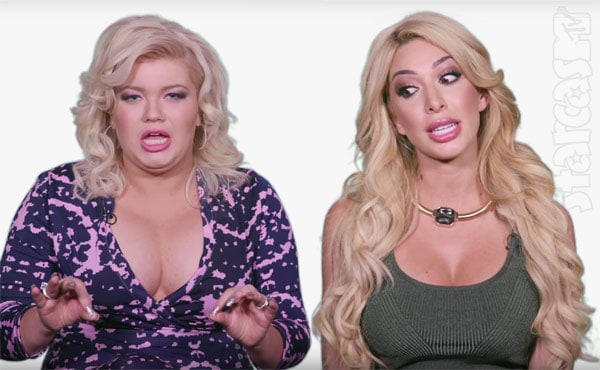 Do you think he [Tyler Baltierra] would be the type to cheat on her [Catelynn Lowell]?

FA: Yeah, probably with a gay guy. You might need to digest that.

Farrah on what she thought about Amber in her wedding dress:

FA: I think her pink hair took away from the whole dress… It looks like a cheap hooker. I mean if you want to get married like that it’s your choice. It’ll be fun.