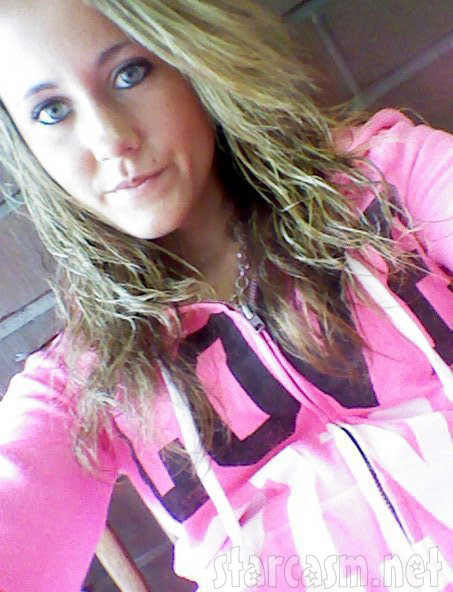 Teen Mom 2 star Jenelle Evans is currently in the hospital receiving treatment for injuries sustained after her SUV ran into a light pole in a shopping center parking lot in North Carolina earlier today. According to TMZ, who has a photo of the crash, Jenelle, Jace and a female passenger were taken to the hospital, but Jenelle offered a little clarification via Twitter:

LOOK TMZ.. Crashed into a pole in a parking lot going 10mph no drugs involved I’m clean. Jace is fine I’m injured in the hospital alone

She then pointed out:

My mom took jace home and wouldn’t wait for me

TMZ had talked with Wilmington, North Carolina police who told them “Evans, her son and a female passenger were all transported to a nearby hospital for minor injuries.” The site also said Jenelle was driving at the time of the accident and Jace was in a car seat in the back seat.

Teen Mom fans were first made aware of the incident by a brief tweet from Jenelle which simply read:

Just got into an accident 🙁

And I just wrote a post earlier mentioning how great things were going for Jenelle! Let’s hope she’s not seriously injured.

“The police investigated for drug and alcohol and found that there was no foul play,” Dustin says. “It was a pure accident. From the photos it doesn’t appear to be that bad.”

As we mentioned above, Jenelle was taken to the hospital and treated, and apparently the injuries were not serious.

“She’s doing better. She’s a little sore,” Sullivan reveals. “She was checked out for broken bones, but it looks like just sprains.”

“She wasn’t cited for anything seat belts wise,” Sullivan confirms. “I believe she was cited for failure to reduce speed. I haven’t seen the ticket yet, but I think that’s what she told me.”

And local news stations in North Carolina are finally picking up on the story. Star News Online had a little more information from the police report:

• The crash occurred at 4:11 p.m. in a parking lot in a shopping center in the 4300 block of Shipyard Boulevard.

• An officer was on patrol when he heard a loud crash, then he turned to see Jenelle’s Chevy HHR crashed into the light post and “a female exiting her vehicle screaming.”

• Jenelle told the officer she didn’t see the pole and didn’t know how the accident happened.

• Jenelle had pain in her right wrist and knees and the female passenger with her complained of pain in her right knee. Jenelle, the passenger, and Jenelle’s son Jace (who showed no signs of injury) were taken to New Hanover Regional Medical Center.

• Neither Jenelle nor the passenger were wearing seatbelts at the time of the collision.

• “I counseled both parties on the importance of wearing a seat belt while the vehicle was in forward motion,” officer R.E. Jones wrote in his report.

• Jenelle was cited with failure to reduce speed.

UPDATE – Jenelle is back in the hospital! She broke the news on Twitter and explained in her usual, straight-forward way that she wasn’t happy with the treatment she received at New Hanover Regional Medical Center. She also talked about the severe pain in her wrist:

Back at the hospital 🙁

That doesn’t sound good at all. Hang in there Jenelle! We’re wishing you better hospital service and a speedy recovery!

Here’s a satellite view of the Old Time Pottery parking lot where the accident occurred – you can see the guilty pole circled in red: 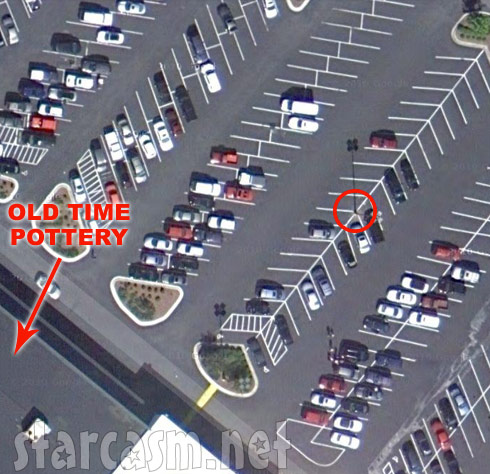