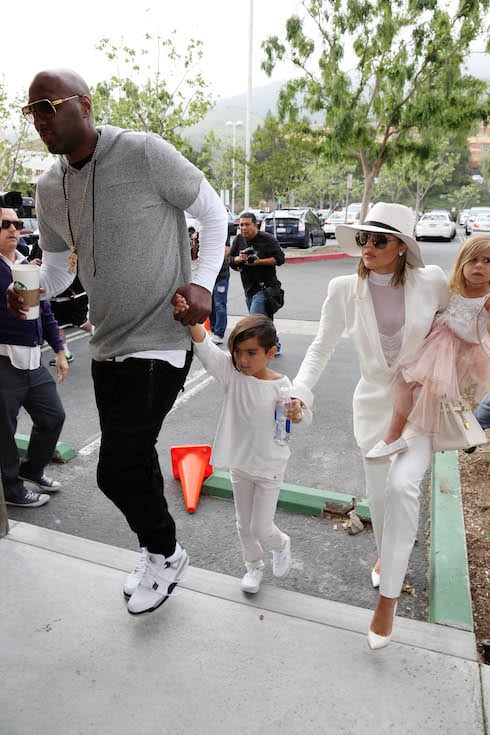 It was a very high-profile and possible Lamar Odom Easter relapse for the two-time NBA champion this past weekend. Just weeks into his recovery from a drug overdose and alcohol-related seizure, Lamar was photographed at a bar in the same clothes he would wear to church with the Kardashian family hours later.

TMZ was the first to report on Lamar Odom drinking, and published a handful of photos of Lamar at the bar, which you can view here. A Dlisted report elaborated: the staff at Johnny O’ Brien, an Irish pub in Sherman Oaks, claimed that Lamar arrived with two friends just before midnight on Saturday, “ordered three drinks, and left around 1 AM on Sunday.” Dlisted also noted that Lamar was at church with Khloe Kardashian and the rest of the Kardashian family approximately nine hours later, and, while he does have on the same hoodie, it looks like Lamar did change his undershirt. 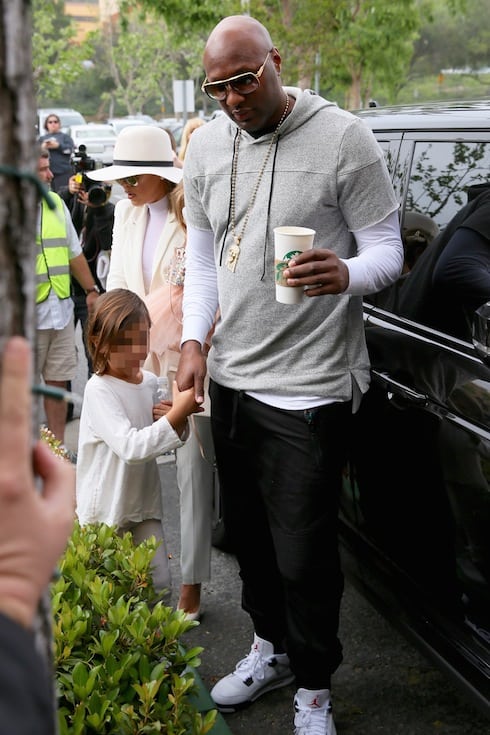 According to a source who spoke with People, the news need not be all bad. “Lamar looked amazing and super healthy,” said one alleged witness to Lamar and friends’ drinking. “He was super, super nice. It was great having him. He was saying hi to everybody–he was super, super friendly with everybody. He looked so healthy.” (Based on the phrase “it was great having him,” it sounds like People‘s source might be an employee of Johnny’s, so take that for whatever you think it’s worth.)

Though Lamar Odom and Khloe Kardashian have allegedly clashed over his drug use before, it’s not clear whether Khloe included alcohol in her list of dont’s. Last autumn, shortly after Lamar’s hospitalization, Khloe reportedly went off on her ailing husband, ordering him to stay off drugs or she would be “gone for good.” Lamar’s response was not reported at the time.

I hate this feeling…. Helpless