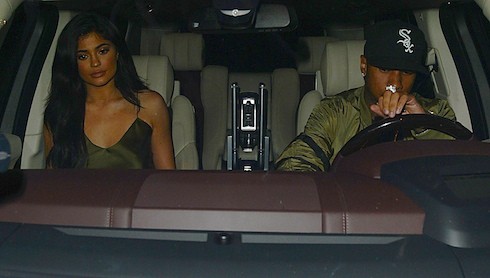 Bad news on the celebratory front: Kylie Jenner’s birthday party this year appears to have been far removed from last year’s 18th blowout, when she was paid $200,000 to cavort at a Canadian club and got a brand-new Ferrari from Tyga (which car was later reposessed). Instead of those good times, it looks as if Kylie had to spend a big chunk of her 19th bailing 26-year-old Tyga out of trouble. Literally: multiple reports now allege that Kylie dropped six-figures to cover the back rent Tyga owed, the late payment of which had led to a warrant for his arrest.

News that a warrant had been issued for Tyga appears to have been broken by The Shade Room. According to their report, Tyga was scheduled to appear in court yesterday morning, on charges that he’d been missing a monthly $16,000 rent payment for an undisclosed period. When Tyga didn’t show, the judge put out a $10,000 bench warrant for his arrest…and that action led to Kylie allegedly dropping a total of $200,000 in order to keep Tyga free. The figure comes courtesy of Hollywood Life’s calculations; though their article doesn’t offer a detailed breakdown, it seems that Kylie covered the warrant, along with approximately 11 months’ late rent, and assorted legal fees. 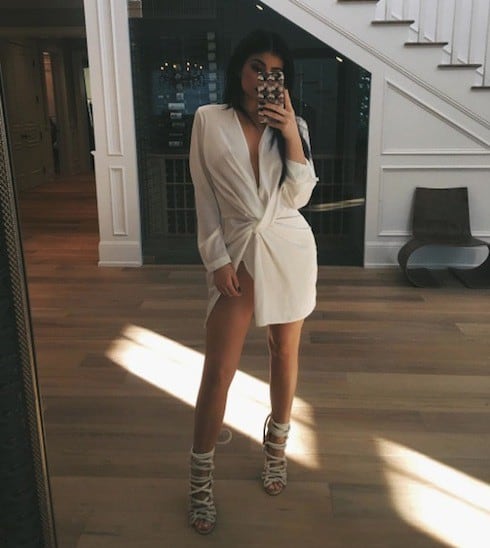 None of this appears to be sitting particularly well with the rest of the Kardashian family, who are said to be worried that Tyga is damaging their brand. An Inquisitr dispatch on the topic cites sources close to unidentified family members, who say that those members “railed on Tyga” after finding out about the bench warrant, chastising him from a PR point of view. “They told him it would be a disaster if he was driving with Kylie and got pulled over by cops and then arrested,” said the insider, who went on to explain that Kylie was nonetheless looking forward to a long weekend getaway with her man.

Rumors about Tyga’s net worth and supposed negative cash flow have been a prominent part of his narrative for months. Earlier this summer, it was alleged that he was actually broke, and that ex-lover Blac Chyna was slipping him cash payments on the down low. Before that, the prominent gossip was that Tyga was $500,000 in debt to Kylie, whose family apparently couldn’t talk the impressionable teen out of coming to his rescue.