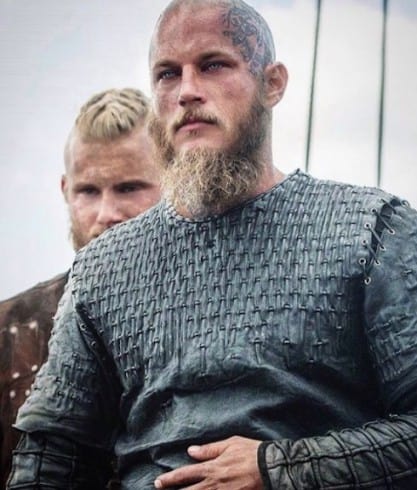 Could Ragnar really be done for? Is Travis Fimmel leaving Vikings? Fans of the History drama are wild with speculation that the show’s star could be getting ready to depart, and a long-standing and oft-professed belief of showrunner Michael Hirst (and the events leading up to the show’s midseason finale) might mean that Fimmel’s time is nearly done.

Though the idea of Vikings without Fimmel’s Ragnar might be unthinkable, Hirst has always been up-front about continuing the show after the (presumed) death of its main character. He said as much while doing press for Vikings Season 1, and offered his strongest thoughts yet following Season 3. “I’ve always seen the show without Ragnar,” Hirst said. “I thought it was very important when I started thinking about this whole thing that Ragnar had many sons and some of his sons became more famous than he was. So I can perfectly well envision a world without Ragnar and further adventures for the sons. Absolutely. That’s something I really, really want to do.”

Hirst’s words don’t necessarily mean that Fimmel’s departure is imminent, or even definite. It’s worth pointing out, though, that History made a double order of Vikings for this season: 20 episodes, instead of the standard ten. The understanding was that there would be a long midseason break, á la The Walking Dead, in order to build up fresh enthusiasm for the second half–and killing Ragnar would absolutely do that. His pending showdown with Rollo almost certainly means that one of the two characters is about to meet a grim end. Additionally, a recent Inquisitr article on the coming clash revealed that History has offered the midseason finale’s tantalizing synopsis: “A ferocious battle between the Vikings and the French eventually comes down to Ragnar against Rollo and the outcome seals the fates of the two brothers.”

The same article points out that the fate of the real-life Ragnar is something of a mystery. One of two stories about how he died involves succumbing to the wounds he suffered during the siege of Paris of 845 (which, technically, the show has already portrayed). The other says that Ragnar was thrown by King Aelle into a pit of snakes–and that, too, is something Vikings has already shown us, though it wasn’t Ragnar who lost the toss.

The Vikings Season 4 midseason finale airs next Thursday at 10 PM on History.

How historically accurate is Vikings? A look at the facts behind the show

LHHNY Who is DJ Drewski dating? Mariahlynn rumors persist as she claims friendship