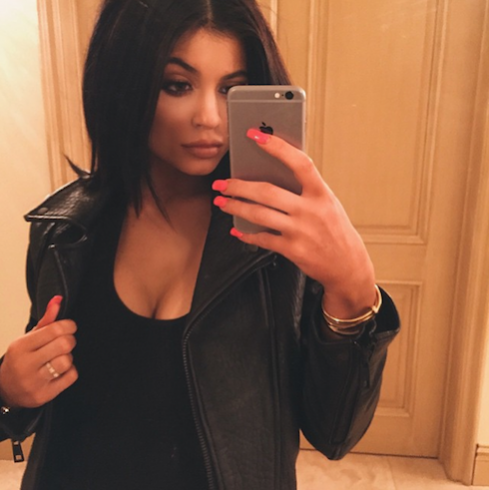 Recently, Tyga has been seen “stepping out” on Kylie Jenner. He was spotted last week riding in a limo with a “hot blonde;” according to witnesses, the two looked very comfortable indeed. The speculative fires grew when none of the witnesses could name the blonde, or state whether she was simply a non-celebrity friend of Tyga’s.

In addition, Kris Jenner–who has not been Tyga’s biggest fan since he and Kylie started dating–offered to have Tyga followed by a private detective, who would then report his findings back to the Jenner mom. Kylie was offended when Kris first made the offer, but, apparently, has since decided to take her up on it.

“Kylie’s been in denial,” says a family insider, “about Tyga’s extracurricular activities–and everyone’s really struggled to convince her he’s not the perfect guy she thinks he is.”

The insider continued, “She now wants to find out the truth for herself and has taken up Kris’s offer to have him followed….She wants to know where he goes, who he’s with and for how long when he’s not with her. It’s tearing her up inside and she’s terrified about what she’s going to find out.”

Over the past few weeks, Tyga and his behavior have raised eyebrows in the Jenner camp. He recently finished paying a $50,000 settlement in a sexual assault case; in addition, his new single, “Pleazer,” contains lines about “that Kardashian p*ssy” and other related braggadocio.

More recently, Blac Chyna, Tyga’s ex, accused the 25-year-old of mooching off of 17-year-old Kylie Jenner for “money” and “free rent,” and implied that their love is not sincere.