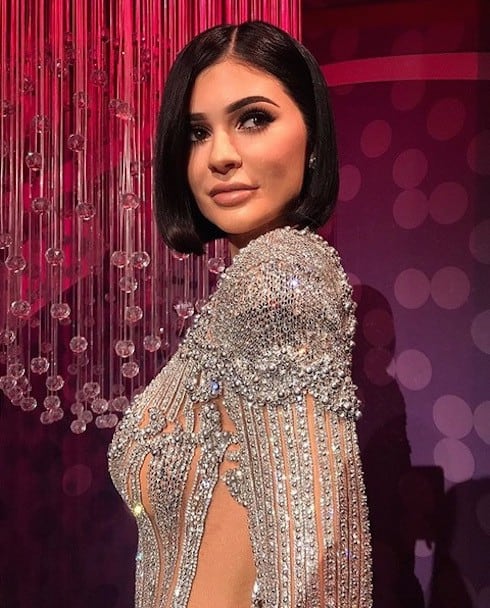 It turns out Kim wasn’t the only Kardashian to celebrate a pregnancy this weekend. Kylie Jenner’s baby shower, which appeared to take the tabloids completely by surprise, was held exactly one day after Kim’s. And, in the most telling detail revealed so far, it shared the exact same theme as Kim’s: namely, that everything was pink.

Kylie’s been trolling her followers extra hard of late, sharing a truckload pink-themed photos and teasing certain images with captions that suggested she was in the middle of a gender reveal photoshoot. Of course, none of the “official” photos have yet been released–and Kylie still hasn’t actually, officially confirmed her pregnancy. However, as the aerial shots that Hollywood Life obtained reveal, Kylie’s whole getup, from the outdoor tent to the decor, was head-to-toe pink. So, she’s either expecting a girl or still trying to fake everyone out–which seems less likely, but would be more interesting.

E! also reported that guests “were given silk pajamas and slippers” upon entering the tent, and that the food included a surprisingly Bluthian omelet bar.

As People noted, Kim threw a similar, pajama party-themed baby shower when pregnant with Saint. Also in People’s report is the intriguing detail that Kylie Jenner’s baby shower had apparently been planned and scheduled well in advance of this weekend, and that it was Kim who decided, last-minute, to have her own shower the same weekend.

No word on whether Travis Scott, Kylie’s rumored baby daddy and the man to whom she is probably engaged, was in attendance.