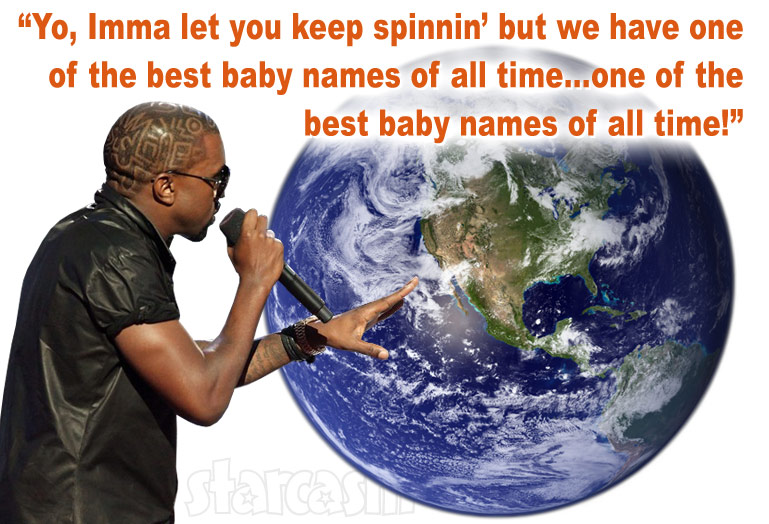 It’s been two excruciatingly long baby nameless days since Kanye West and Kim Kardashian welcomed their second child, a son, on November 5. But now the wait is over as Kim and Kanye officially announce the name of North West’s younger sibling!

No, it’s not South either. (Or Southby South)

That should keep the internet entertained for a couple of days! Cue the #SaintWestMiddleNames hashtag! (Numerous commenters have already pointed out that ex Kim Kardashian boyfriend, and ex New Orleans Saints player, Reggie Bush must be thrilled.)

In addition to the name, Kim also revealed on her site that Saint weighed 8 pounds, 1 ounce.

So, what do you think of the name?

Perez Hilton proposes a media wide #KardashianKleanse, Kim threatens to remove him from her app