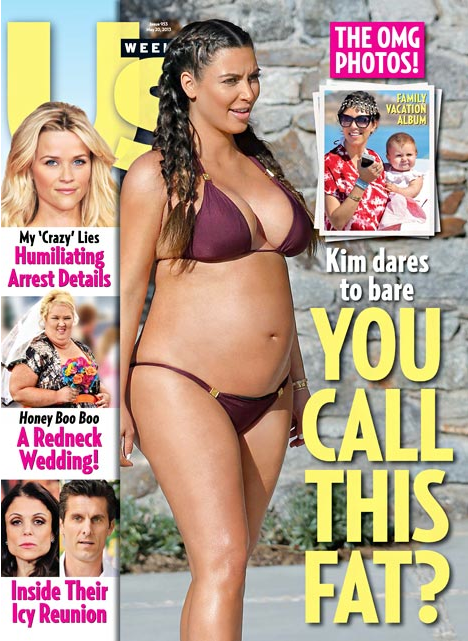 Pregnant Kim Kardashian has been slaughtered over her weight gain since being pregnant, with tabloids often blaring that the 5’3″ reality star has gotten over 200 lbs. In reality, Kim is more of a victim of some of her maternity fashion choices, but she’s definitely not unhealthily overweight. To prove it, she appeared on the cover of US Weekly this week with the headline “You Call This Fat?”

The photo was taken of Kim during her family’s recent Greece vacation. According to the mag, she’s “loving her seventh” month, but there have been reports that she’s further along than that, and is due in early June.