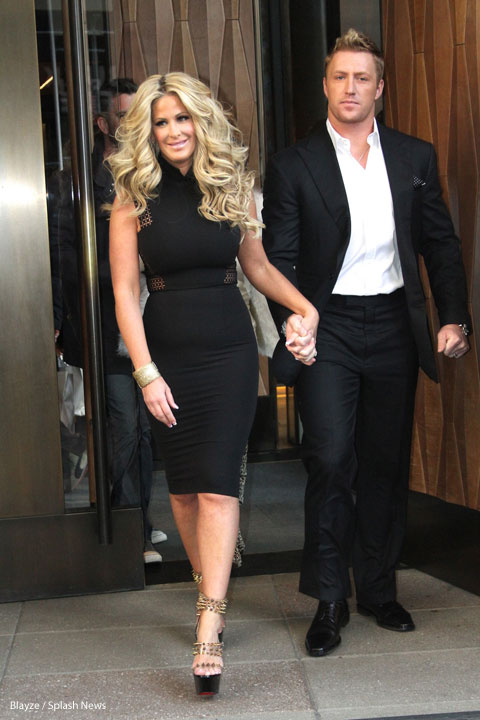 According to a new report, Kim Zolciak and Kroy Biermann’s fairytale relationship may have started while Kroy was dating another woman. His ex-girlfriend Elizabeth Sewart is speaking out, claiming that Kroy betrayed her with Kim.

“It was this whirlwind, love-at-first-sight thing,” Elizabeth tells In Touch in the May 8 issue, adding that she first met Kroy at a party in January 2010. After she moved to Las Vegas, Kroy continued to pursue her and eventually flew her out Indianapolis where he “told me everything you’d want to hear,” she recalls. “You’re my girlfriend,” he allegedly told her, “We’re going to make this work.”

Days later, Elizabeth was online and came across photos of her man with then-Real Housewives of Atlanta star Kim at Cynthia Bailey’s wedding to Peter Thomas. When Elizabeth asked him about it, he claimed that the two were “just friends” but eventually came clean, leading her to feel completely hurt and betrayed.

To prove herself, Elizabeth has also provided In Touch with text messages between her and Kroy which came at the end of their brief romance after she found out about Kim. 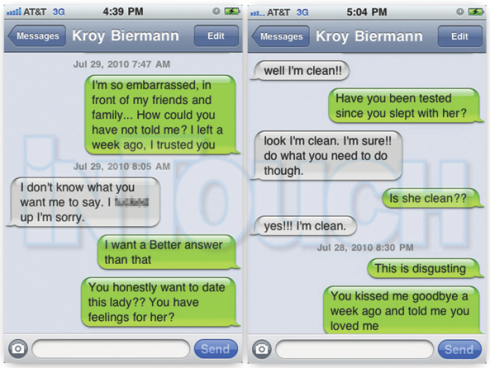 “I want Kim to know about it,” Elizabeth says. “The manipulation and the lies. Obviously our relationships overlapped. [I felt] completely betrayed.”

According to a source close to Kim, she’s “fine” with what happened but furious that Elizabeth would bring it up so many years later. “She is livid that this woman is coming around after all these years. Kroy was never serious about Elizabeth —he was young and single and playing the field.”

The source adds, “It wasn’t betrayal. It was just the normal thing that happens when someone is dating and finally falls for someone. The other people get left behind, and sometimes they get hurt.”

Kim tweeted about this story: “Another day another stupid story! Meanwhile my husband and I sit back and laugh!”