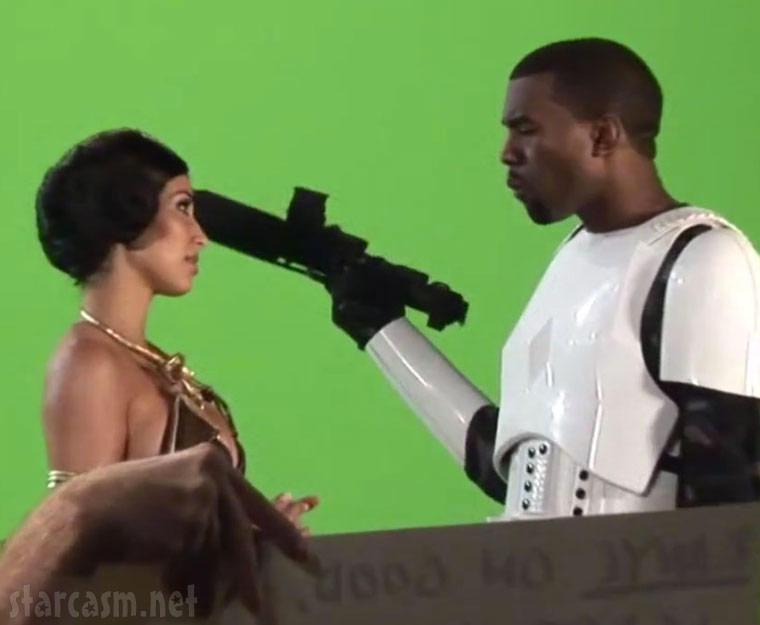 The usually reliable website (***ahem***) Media Takeout is reporting that Kim Kardashian is pregnant and the father is none other than Kanye West!

The site spoke with an insider close to Kim:

The insider, who asked to remain nameless told MediaTakeOut.com, “Kim has been seeing Kanye [West] off and on for years now. But this summer, they [hooked up] five or six times.” The insider continued, “Kanye told her that he didn’t want anything serious, but Kim really likes him.”

And now, according to the insider, she suspects that Kim Kardashian is PREGNANT. The insider explains, “Kim is being very secretive about everything. She calls [Kanye] almost non-stop and wants to know what she should do.” The insider reportedly OVERHEARD the conversation between Kanye and Kim, with her OWN EARS.

The source goes on to say that she expects the official announcement will be made to coincide with her reality show, which features a Kim Kardashian and Kanye West date!

UPDATE – A source very close to Kim tells Hollyscoop the report is “absolutely not true,” adding that the report is simply “ridiculous.”

UPDATE II – People magazine spoke with Kim herself! “The rumors are absolutely not true,” Kardashian tells People. “I’m not pregnant.”

Here’s a shot of K and K in New York City on October 4 as the E! cameras rolled: 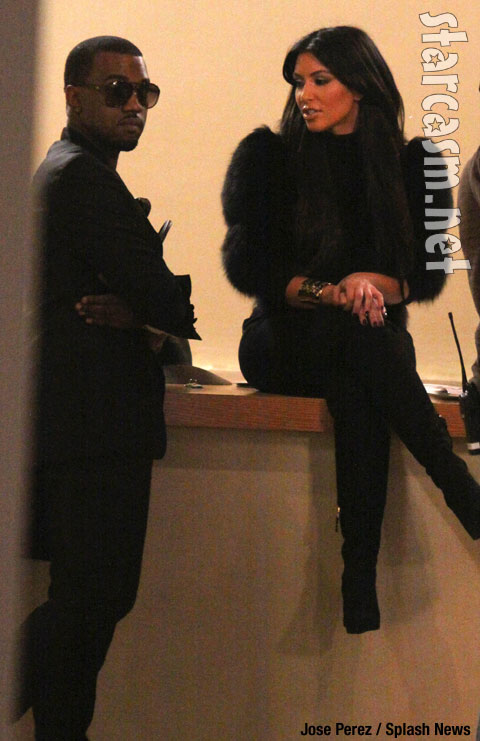 I write about celebrity news and gossip all the time and I have to confess I am absolutely speechless. I abhor Kanye’s over-sized ego but if he really did knock up Kim Kardashian then I can no longer hold it against him!

MediaTakeout.com has delivered lots of shocking urban-themed headlines over the last couple years, and as I mentioned before most all of them have proven to be true. Still, I will believe this story only when these words leave Kim’s mouth, “I am pregnant and Kanye West is the father.”

Here’s a photo of Kim Kardashian in Holly last week. Is that a little baby under there? Or maybe just a cell phone? 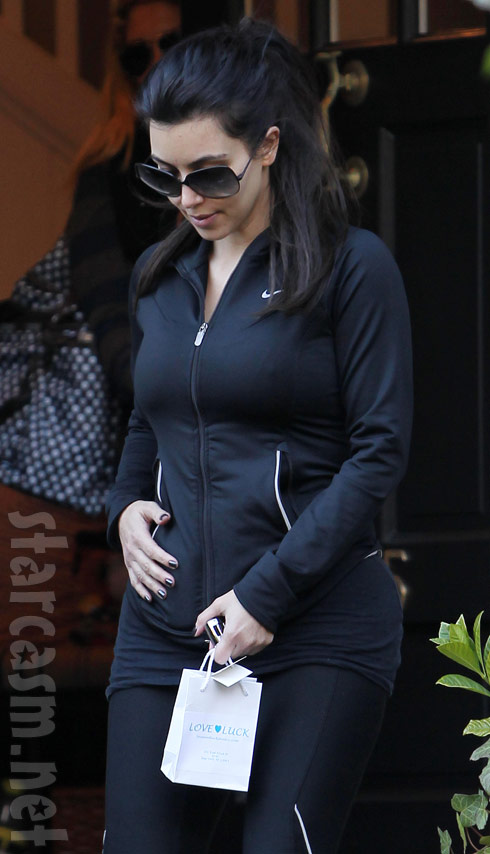 ^ Photo: SplashNews.com (Oh, and case you were wondering, the bag she is carrying is from Love & Luck Jewelry.)