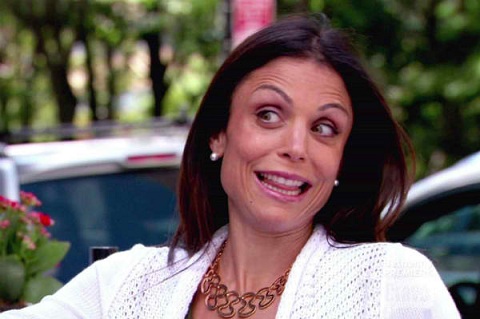 Mo money, mo problems! Bethenny Frankel has been the target of more than her fair share of lawsuits in the past few years since she hit it big with her Skinnygirl brand. Now, she’s facing even more legal drama regarding the ingredients used in her successful liquor line.

Skinnygirl Cocktails are facing a class action lawsuit over allegations that rotgut tequila is being used instead of “100% blue agave,” as described on their label. Since Bethenny no longer owns Skinnygirl, it is unknown what her involvement will be in the case. Yesterday, Frankel’s lawyers argued that her testimony would be irrelevant, but the judge wasn’t buying it, and she was deposed. Though nothing has been proven regarding the unlisted ingredients, some stores have stopped carrying Skinnygirl products. Whatever happened to ‘innocent until proven guilty?’

So what exactly is “rotgut” tequila? “Rotgut” is actually a non-specific term used to describe inferior alcohol that is often diluted with lesser ingredients. Fine tequila maker Don Modesto breaks down the varying quality levels of tequila this way:

Americans have been getting to know rotgut tequila for decades, through machine-churned frozen margaritas or the old lick-the-salt, knock-it-back, suck-the-lime method…

Most cheap tequilas bear scant resemblance to tequila at it best. Like squares of American cheese that get the job done on a burger but cannot begin to suggest the majesty of a great Parmesan, cheap tequila serves its purpose when the primary goal is intoxication, but offers only a hint of tequila’s real stature.

I thinks it’s easy to see why discerning tequila drinkers, and others in the industry, would be so upset at mislabeling the quality of tequila used in a product!

Bethenny sold her Skinnygirl brand to Jim Beam for a reported $120 million. Although she is no longer the owner, she is still very much involved in the brand, which explains why she is included in the most recent lawsuit.

Earlier this month, Bethenny settled a $100 million lawsuit brought against her by her ex-manager. He claimed to have helped Bethenny arrange her $120 million deal with Jim Beam but was fired days before the deal was sealed. The settlement details were never revealed.

Although the lawsuits keep coming, Bethenny isn’t surprised by any of it. In fact, she saw it coming! During an episode of Bethenny Ever After, she told cameras that once she hit it big, people would start coming after her, just trying to get a piece of her wealth.