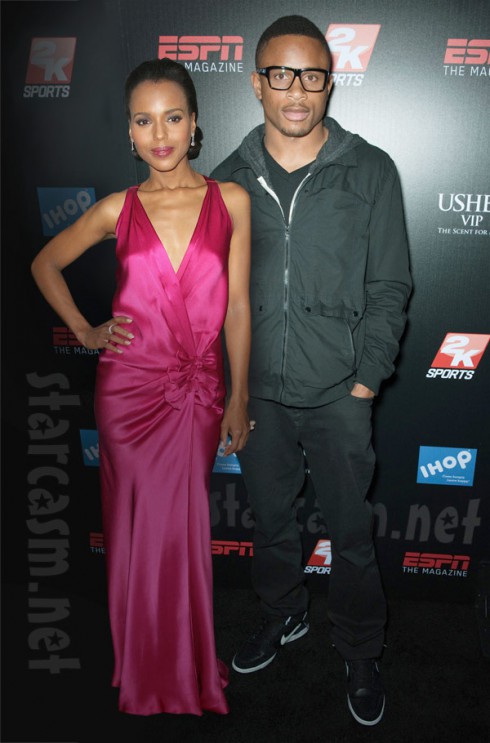 According to the marriage license (seen below, although cropped), Kerry Washington’s mom and dad Valerie and Earl Washington served as witnesses and Chisaraokwu Asomugha (Who I believe is Nnamdi’s sister, Dr. Chisara Asomugha) was listed as the minister. 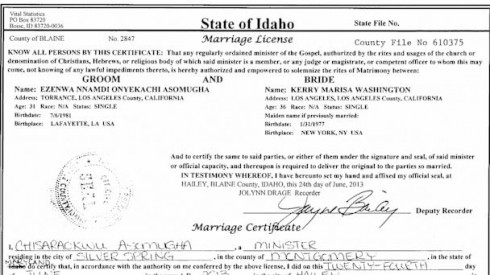 The couple have reportedly been dating for approximately a year, though very quietly. (I don’t believe there are any photos of them together — I had to cobble the picture above of Kerry Washington and Nnamdi Asomugha together in Photoshop!)

Kerry was previously engaged to actor David Moscow for three years until she broke things off in 2007. Asomugha is currently an NFL cornerback for the San Francisco 49ers. He is a three-time Pro Bowler who has also played for the Oakland Raiders and the Philadelphia Eagles.

West Virginia not so wild about MTV’s ‘Buckwild’