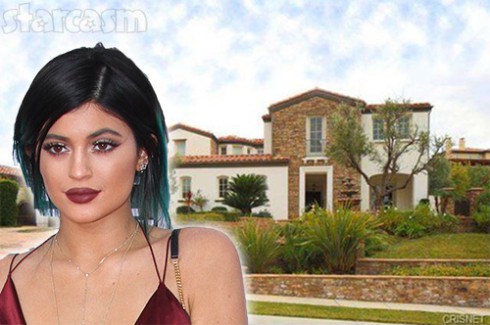 Bruce Jenner is the one with the big news lately, but, as far as Jenners go, it’s Kylie who’s been grabbing most of the headlines. For starters, just a few days ago she (allegedly) bragged about being “high as f*ck” while eating fast food in a Snapchat video. She copped to perhaps the biggest open secret on television: that her lips aren’t real, and that no amount of sucking on a shot glass will get them to look like hers. Kylie also Instagrammed while driving on the freeway, took back Tyga despite his cheating ways, and started a feud with her sister because she believes Kylie is the bigger celebrity, and doesn’t like it one bit. And all that is just the news from the past couple of weeks.

The rest of the Jenner clan seem to blame hormones and immaturity, along with Tyga, who is eight years Kylie’s senior. According to a family friend, “Since dating Tyga, Kylie’s definitely started to get wild from time to time. Kylie is young, lives in LA and dating a rapper—so it isn’t unusual for someone in her position to be partying the way she does.”

Another friend pointed out that both Kim and Khloe think Kylie is perhaps too young to be tinkering with her look, and that misleading people about it for so long is definitely a bad idea. Since Kylie has millions of followers on both Twitter and Instagram, the things she says and does can be influential. But it’s an influence they worry Kylie doesn’t take seriously.

As for Kylie herself, she claims the whole “high as f*ck” video was just a misunderstanding. To her hear tell it, she’s just a really big fan of fast food chicken:

I DID NOT say that

sorry to disappoint everyone who thinks I’m this wild child. The media is mean & I try not to look @ it. So sorry 4 the late statement.

Also weighing on the family’s mind is the fact that Kylie will turn 18 on August 10–or just under three months from now. There’s only one summer left between Kylie and total freedom, along with the $2.7 million mansion she recently purchased with her KUWTK savings. According to the best estimates, Kylie has a net worth of around $4 million. She hasn’t gone on any big spending splurges–yet–but she also hasn’t been out on her own.

So, is this just more or less normal behavior from a 17-year-old high schooler? Or do all signs point to more trouble down the road?