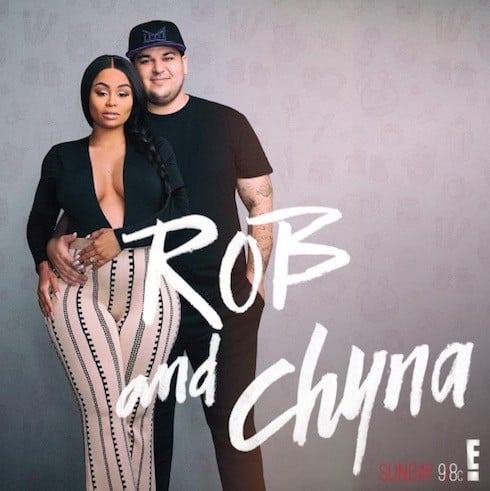 Is Rob Kardashian the father of Blac Chyna’s baby? It’s a question fans have been asking for months–especially since it came up on a Rob & Chyna episode earlier this autumn. Most of the stories about a secret father have been steeped in speculation and rumor, but a new one apparently hit a little too close to home for Kris Jenner, who was allegedly “furious” that Blac might have been leading the Kardashians on this whole time. Rob, meanwhile, is said to be “worried.”

In fact, Blac and Rob have been surrounded by nothing but negative rumors for weeks. Most recently, the story was that Blac had had it with their relationship, and banned Rob from the delivery room when she goes in to give birth. Additionally, Rob and Blac are said to have secretly broken up weeks ago–something that Blac’s mom Tokyo Toni claimed was true shortly before the premiere of Rob & Chyna, which Toni said would go on because of contractual obligations. Blac and Rob are also said to be living in separate houses–something they’ve done for months, despite purchasing a house together this past summer.

So it’s perhaps surprising–or perhaps not–that a new Hollywood Life story would claim that Kris Jenner is steaming mad over rumors about Blac’s involvement with Pilot Jones–up to and including the possibility that he is the true father of Blac Chyna’s baby. Kris “blew up” on Blac, according to that story’s insider, who explained thusly: ““Kris screamed at Blac, ‘how could you do this to me and to the show?’….She could not believe that, after all she did for her, Blac Chyna would betray the family like this!”

If you’re thinking that that sounds a bit wonky, you’re not alone: fans were quick to point out that any Blac Chyna baby mama drama would most definitely be a good thing for ratings on both Keeping Up With The Kardashians and Rob & Chyna. But there’s also an emotional component at work here, as a recent Inquisitr dispatch pointed out: namely, that Rob is “worried” he might not be the baby’s true father, and that the worry has him sad once more. Rob has lashed out at Pilot via threatening text messages, something that the LAPD confirmed after taking a report on the threats. But Rob, who the Inquisitr article calls a “sock designer,” isn’t the type of guy anyone needs to be afraid of,” a source allegedly close to Pilot said.

If Rob is worried about this, he’s hiding it well:

And Blac, whose due date is November 18th, is likewise upbeat:

Checking on our baby girl ??! Never knew I'd be so happy about gaining 72lbs !

(Photo credits: Is Rob Kardashian the father of Blac Chyna’s baby via Instagram)