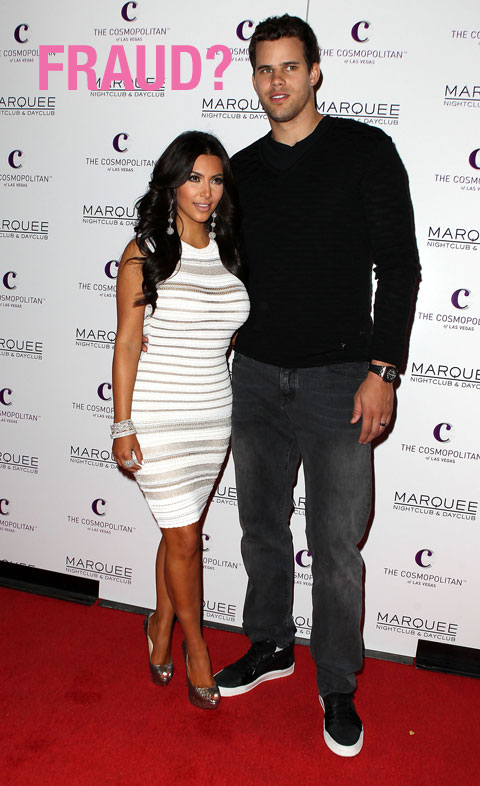 Kris Humphries has filed for an annulment of his 72-day marriage to Kim Kardashians on grounds of fraud. Kris claims that he genuinely wanted to marry Kim Kardashian, but believes Kim never intended to stay with him. He claims he was defrauded because he was led to believe that Kim was serious about the marriage when she wasn’t. (In other words, it looks like Kris thinks the whole wedding was staged for the reality, and he’s insisting he wasn’t aware of any disingeniousness at the time.

Annulment is different from divorce in that it declares the marriage null and void legally, almost as if it had never happened.) In order to annul a marriage you need diriment impediment, or reason considered valid to void a marraige. In California, these include must be proof of impotency, incest, bigamy, unsound mind, force or fraud.

Kim says she really loved him and expected the marriage to work, and even says that she looked into annulment herself, but found that there was no sound legal way to file for annulment, leaving divorce the only option.

Looks like these to are in for a legal battle that will last far longer than their (possibly void) marriage.

Are Jenelle Evans and Kieffer Delp still together? Introducing the Jeniefferometer!