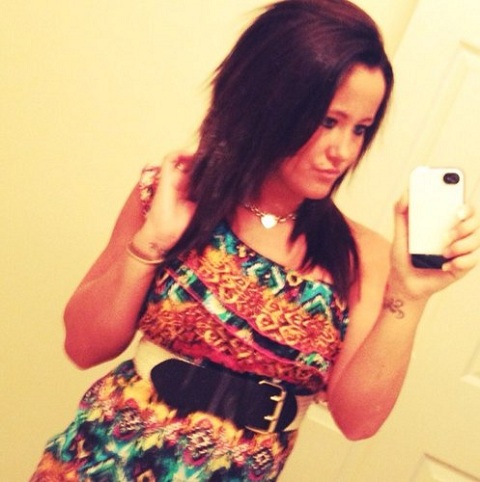 Teen Mom 2 star Jenelle Evans is back on Twitter after deactivating her account yesterday following a tiff with her fiancé, Gary Head. Before leaving Twitter, Jenelle informed fans that her fiance had told her, “yu were never my fiancé.” Fans assumed that she and Gary had split again and she needed some alone time.

Once she was back on the social network, she assured fans that her and Gary are still very much together. “Me and Gary never broke up. We r still engaged and happily engaged. Couples have their arguments, we r only human. Stop assuming,” she tweeted.

Couples definitely argue, but most don’t do it publicly with their 400k followers as their audience, but to each his own! However, is it really fair of Jenelle to be so public with their feuds and yet expect her fans and followers to “stop assuming?”

In the past, Jenelle and Gary have tweeted about everything from cheating rumors to physical abuse — nothing is off-limits with these two. Hopefully they’re happy together, but when they have small fights like this publicly, it can look like they’re constantly breaking up. You can’t help but think that part of the time they’re just messing with the Twitter audience.

Jenelle later tweeted, “It’s my twitter I do what I want.”

On another note, from her Twitter pic, it looks like Jenelle dyed her hair brown! Looks great!

UPDATE: Jenelle and Gary Head were both arrested in a pretty serious domestic dispute.