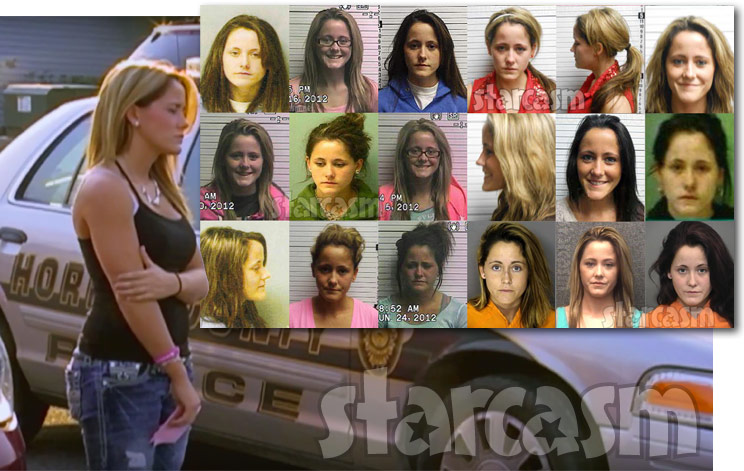 Teen Mom 2 star Jenelle Evans has been arrested after she allegedly attacked Nathan Griffith’s girlfriend Thursday by throwing a glass at her head.

According to police, the incident occurred after Nathan Griffith returned to the home he previously shared with Jenelle to retrieve some personal belongings. Nathan was accompanied by his 29-year-old girlfriend, according to Horry County police Lt. Raul Denis. We assume the girlfriend is Jessica Henry, although that has not been verified. (Nathan and Jessica recently became “Facebook Official,” which didn’t sit too well with Jenelle.)

Police say that Jenelle threw a drinking glass at the woman’s head, injuring her.

Jenelle was arrested and booked into J. Reuben Detention Center where she is facing charges of third-degree assault. She is currently waiting for a bond hearing.

We do not have a new Jenelle Evans mug shot photo yet, and according to Lt. Raul Denis, the police report from the incident will not be released until Friday. (I’m guessing they have this whole process down pat by now.)

UPDATE – Click here to see Jenelle’s latest mug shot photo as well as an updated collection of all of her booking photos (that we know of) to date.

Ironically, on tonight’s episode of Teen Mom 2 viewers will see Nathan Griffith arrested after a domestic dispute in March. Click here to watch the clip.