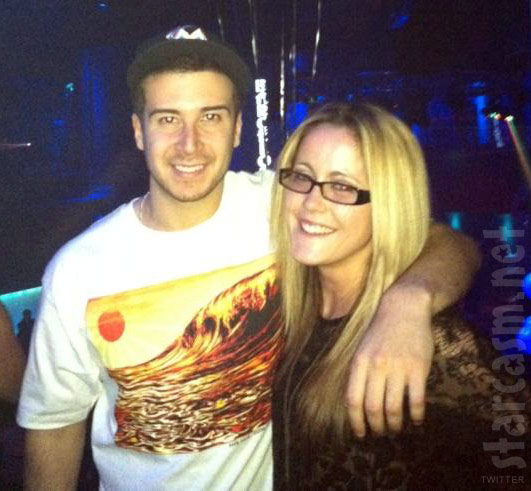 MTV worlds collided last night in Fayetteville, North Carolina as Teen Mom 2 star Jenelle Evans arrived for the Club Barcelona Snow Bunny Party hosted by Jersey Shore‘s Vinny Guadagnino! The two even posed for a photo together which Jenelle shared on Twitter along with the tweet, “@VINNYGUADAGNINO it was fun last night 🙂 thanks for chillin with us. Hoped u liked my friend hahahahahahahah!”

So what was Jenelle’s impression of Vinny?

No word from the Vin Man yet.

Club Barcelona is a familiar stopping point for Jersey Shore stars making the East Coast club appearance tour and has previously held events hosted by Ronnie Ortiz-Magro and Deena Nicole Cortese. Here’s the awesome poster for Vinny’s event – they must not have known Jenelle was coming… 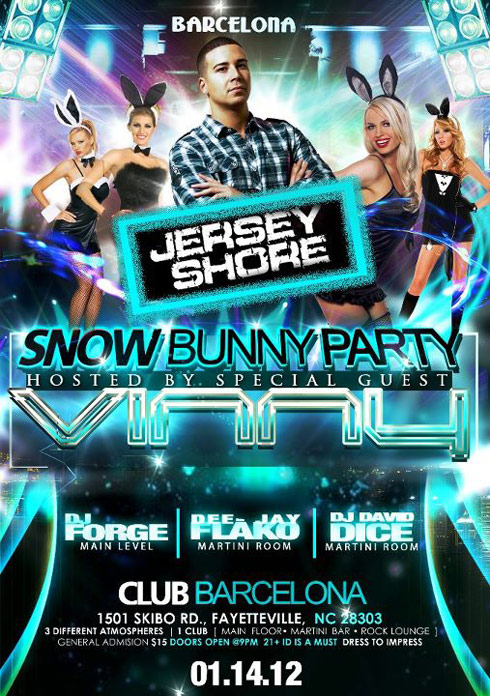 This isn’t the first time Jersey Shore and Teen Mom have crossed paths. If you remember, Kailyn Lowry came within a stone’s throw of The Situation while vacationing in Seaside Heights, and then of course there was the rumor that Pauly D and Farrah Abraham were dating from a couple years ago. So what’s your dream Jersey Shore/Teen Mom crossover hook up? I’m thinking Snooki and Gary Shirley.

***A commenter reminded us that Maci Bookout also had some time with the Jersey Shore crew in New york in February!

UPDATE – Jenelle has since shared the above photo uncropped on her Facebook page, so now we have Vinny, Jenelle… and BALLOONS! 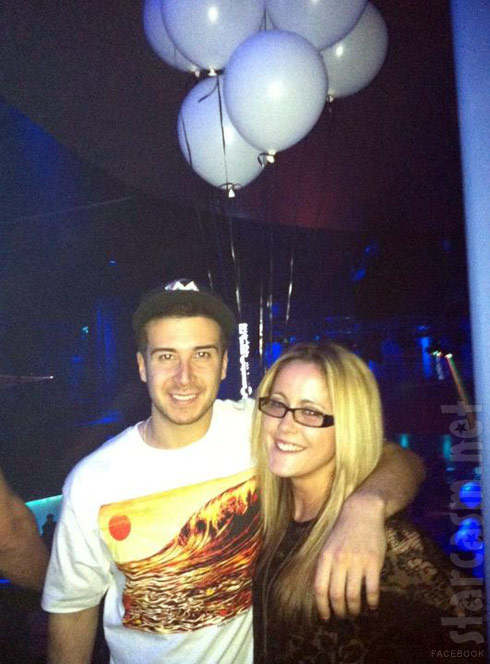