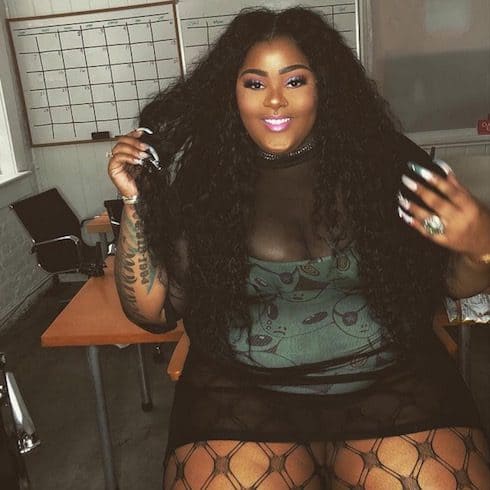 Ever since her LHHATL debut, Tokyo Vanity has inspired a flood of questions — some curious, others nasty — about her sexuality and whether Tabius Tate is really her boyfriend. Is Tokyo Vanity gay? Is she really a virgin? Are the two of them lying about their relationship? Are they only together for the cameras?

When we reached out to Tokyo, the 23-year-old said she hasn’t got patience for any gossips or haters trying to figure out exactly who she is, since she’s too busy being herself. And, in true Tokyo Vanity fashion, the Love & Hip Hop Atlanta star made it clear she definitely DGAF about what anyone thinks of her affairs.

Before we get into the source of the gossip, it’s important to note that as of this writing, “Is Tokyo Vanity gay?” is the most-searched-for question about Tokyo, followed closely by “Is Tokyo Vanity really a virgin?” And on the one hand, that makes sense: Tokyo’s sexuality has been a big part of her storyline on LHHATL this season.

On the other, it’s also somewhat surprising that after several seasons of gay and / or nontraditional cast members, there’s still something of a shiver down the spine of Love & Hip Hop Atlanta‘s audience when a new one joins up. D. Smith, the first transgender person to feature on the show, made her debut two years ago; Mimi Faust and has been dating women seriously for three seasons now — first Chris Gould, then her current girlfriend, WNBA star Ty Young.

With that in mind, here’s what Tokyo Vanity told us when we asked her for her thoughts on the ongoing and increasing gossip about her sexuality:

Stop trying to find fault in me and my decisions just because what you are doing has now become normalized… you think I’m weird for being 23 and a virgin I think y’all weird for having so many sex partners…the average woman who [tries] to tear me down because of my sexual choices have low self esteem … if y’all would invest as much time into y’all selves as y’all do into my pu$$y and trying to figure out who’s been in it we would have a bunch of million dollar N!ggas and bitches out here…

“It’s crazy,” Tokyo added as a postscript. “Like some people hate gay marriage im just like my N!GGA if you don’t like gay marriage just don’t have one.”

Why do people think Tokyo Vanity is gay?

As we wrote in our full Tokyo Vanity bio before Love & Hip Hop Atlanta Season 7 premiered, Tokyo did appear to have dated women in the past — or, at least, she wanted to date women. Her official Facebook page contains at least three posts, dating back to the end of 2016, in which Tokyo pines for a girlfriend:

A search of Tokyo’s tweets yields similar results. Sporadically and for the past few years, Tokyo comments that she either wants a girlfriend or already has one. But she also seems to do the same thing when it comes to boyfriends — here’s a brief sample of both: 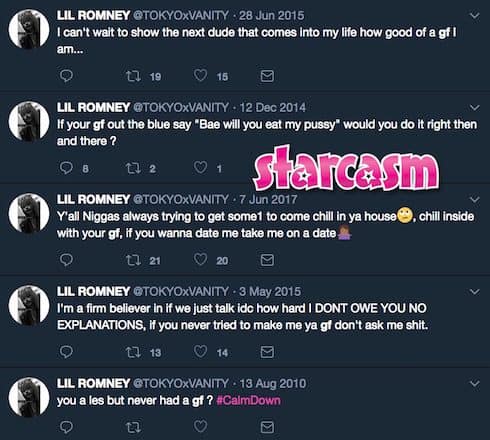 Then, at one point, Tokyo appeared to have a girlfriend and be willing to share a photo of the two of them together. Back in September of 2013, Tokyo tweeted “I love my gf,” along with an emoji of two women holding hands and a kissy-face.

When one commenter expressed disbelief, Tokyo shared a photo of herself and her alleged girlfriend. Then, when the commenter asked “That’s yo gf for real?”, Tokyo shot back, “Duh u want my social security number too?”

Here’s the initial tweet, followed by the photo of Tokyo and her alleged girlfriend at the time: 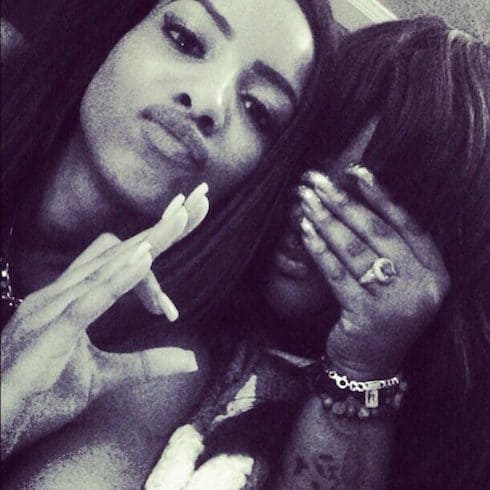 So, is Tokyo Vanity gay? Given how much the social media star likes to mess with people, it’s entirely possible that the photo above is nothing more than Tokyo and a friend. But Tokyo is also becoming well-known for being completely straight with people, to the point of bluntness. So it might seem somewhat out of character for her to be so secretive about (potentially) being gay — but then it’s also possible that Tokyo wasn’t always as confident as she is now.

We do know that when it comes to her virginity, Tokyo is completely comfortable dealing with both her newfound haters and incredulous LHHATL viewers. When Tokyo revealed during her debut Love & Hip Hop Atlanta episode that she’s a 23-year-old virgin, social media definitely went crazy. But Tokyo kept things refreshingly chill.

In fact, after the episode aired, she spoke with VH1 about why she doesn’t think the question of her virginity is a big deal at all. Here’s what Tokyo had to say:

You can watch Tokyo Vanity in all her emboldened glory when Love & Hip Hop Atlanta season 7 airs Monday nights at 8 on VH1.