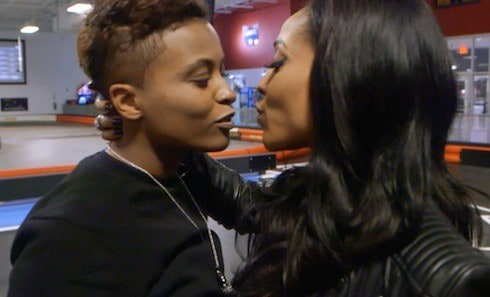 LHHATL viewers were treated to a bevy of shocks during last week’s Season 5 premiere, but perhaps nothing was more surprising than the reveal of Mimi Faust’s new boo–who turned out to be a woman! Mimi admitted that she’d been keeping the relationship a secret, sharing it with only her daughter and one friend, but was now ready to go public. And, in fairness to Mimi’s (and the producers’) sense of drama, she maintained the secret beautifully: revealing Chris for the viewing audience as she took her go-kart helmet off was a nice fake-out; entering the party with a group letting the rest of the LHHATL cast think that Chris was a particularly rugged man before calling her girlfriend onstage was a master stroke. So–who is Mimi Faust’s girlfriend, Chris Gould? 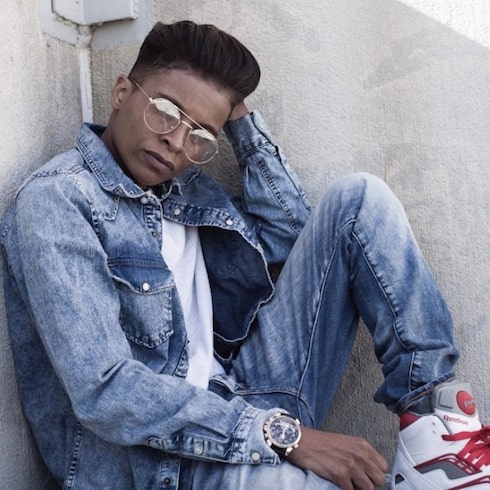 Chris, 33, works as a personal injury paralegal in Atlanta, where she was “born and raised,” as she told VH1. “Born in Grady Hospital, I’m from Bankhead. All of those things people from Atlanta are.” She used to have aspirations toward law school, but, over time, they waned, and Chris found herself drawn toward the music business.

However, Chris wasn’t well-versed in Mimi’s music before they met: “The most that I knew was the obvious things, the sex tape and that she was on Love & Hip Hop,” she explained. “I don’t watch a lot of TV, period.” Chris admitted that she did watch the infamous Mimi Faust sex tape after the two got together, “because it was like the elephant in the room….I felt like I needed to see it.” (And, yes, Chris confirmed that watching it was “awkward.”)

Mimi Faust and Chris Gould met when a mutual friend invited Chris to a club where Mimi had a booking. Per VH1,

I was in her VIP and after the club was over, she pulled me to the side and she was just like, “I find you intriguing.” I was like, “Oh, okay.” [Laughs] They had an after party at Mimi’s house and at the after party, we just kept always separating, just me and her, in conversation. It was just us two, and it kinda went from there. 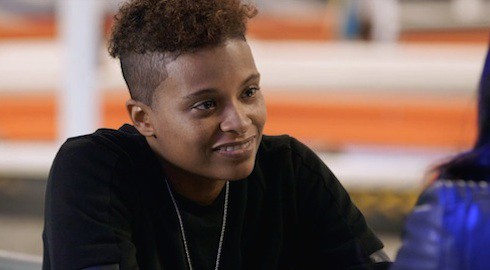 At first, things were intense–”I just wanted to hit,” Chris said, laughing at the memory–but the relationship started to get serious last autumn, when Chris went shopping for a Halloween costume with Mimi and her daughter Eva. “I’ve never dated anybody with a child,” Chris said, “so I did have this moment of, this is for real. Like, a real life relationship.”

Cementing things was the fact that, when they returned home, Mimi’s ex-lover Nikko was waiting outside the house: “We come and we pull up and he kinda forcefully goes, ‘I wanna talk to you,’ and I allowed those two to have closure. I wanna say at that moment I felt like it was real because I respected her so much I was so concerned.

“I was in the house,” Chris continued, “concerned is he…even though I’m a buck twenty, I’m like, I’ll jump on this guy if he does anything wrong. I think that was the first inkling of like, okay, we’re together.” 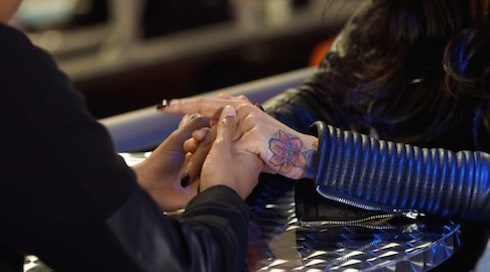 Chris does have a social media profile, though it looks like she tends to keep things fairly quiet on those fronts. However, this week, following the LHHATL Season 5 premiere, she tweeted out a few responses to people who seem to think she’s with Mimi only so the show can have a new storyline–and in response to the few remaining people who feel like it’s OK to criticize same-sex relationships:

She found me and I treated her better than any man prior. Gah damn I’d be mad at me too ? https://t.co/WsoycrTVa8

I don’t know my friends “type” cause I have my own life and only worry that they are treated well by whoever they choose — Chris (@NotSoChristian_) April 5, 2016

IDGAF how u think I look, act, talk, or who I chose to love. I’m black in America I got bigger issues than my own ppl thinkin somethin fake — Chris (@NotSoChristian_) April 5, 2016

Stop judging. Not everything is fake or for a story or for a check.

(Plus, let’s not forget that it was Mimi who dished on she and Chris’ love life, saying that “the sex is amazeballs” on the Season 5 premiere. That’s one more reason to believe that the couple’s many smiles are 100% genuine!)

You can follow Chris Gould on Instagram here, and on Twitter here. And you can catch Mimi Faust and Chris Gould’s developing relationship on new episodes of Love & Hip Hop Atlanta Monday nights at 8 PM on VH1.

(Photo credits: Who is Mimi Faust’s girlfriend via Instagram, VH1)