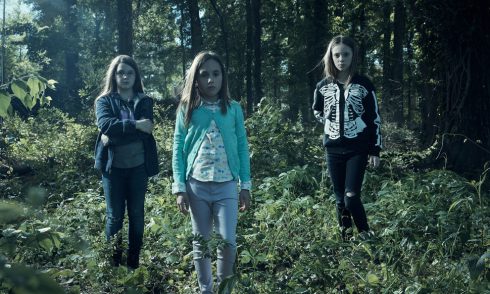 Lifetime’s Sunday night movie Terror in the Woods deals with a pair of preteen girls stabbing their friend in the woods in the name of an imaginary or paranormal legend called “Suzerain.” The parallels between this story and the 2014 Slender Man stabbing of Payton Leutner are too similar to be a coincidence. (Interestingly enough “Suzerain” is actually a real, yet antiquated, word that means “feudal overlord.”)

The real life tale of the Slender Man stabbings happened in 2014 when the friendship between three 12-year-old girls almost turned deadly. Anissa Weier and Morgan Geyser hatched a plan to kill their friend Payton Leutner. She was lured into the woods and stabbed 19 times by girls she thought were her friends.

The left her for dead, but Payton managed to crawl to the road where she was discovered by a bicyclist. 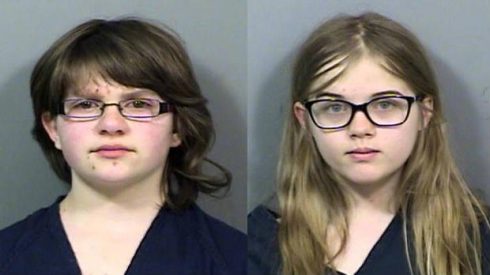 Anissa Weier, who is now serving a 25-year-sentence in a mental hospital, says that Slender Man, a figure popular in Interet creepypasta horror stories, asked the girls to kill in order to become his proxies and save their families from his wrath. 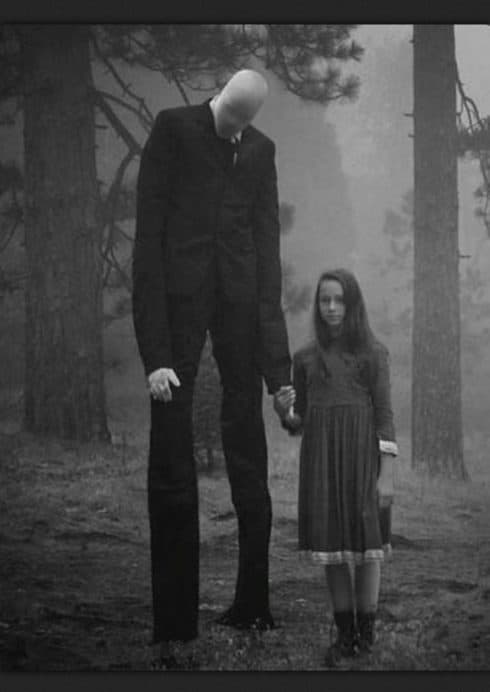 Morgan Geyser is serving 4- years in a mental hospital for her role in the attempted murder, the maximum sentence allowed.

Terror in the Woods stars Ella West Jerrier, Sophie Grace, and Skylar Morgan Jones. In the movie Suzerain is a clawed figure who lures the young girls to his palace in the woods and convinces them to perform a blood sacrifice in order to protect their families. Their parents think the story of Suzerain is just a fun, scary story, but it’s very real for the girls.

What is Slender Man and when did the story originate?

Although the Slender Man figure seems like the stuff of old folklore, it’s actually a very new story that originated on the Something Awful forum in 2009. In a thread asking for creative paranormal images, Eric Knudsen submitted two images of children along with a tall, shadowy man in a suit. He included captions to the photos. One read:

The idea of Slender Man is incredibly enticing to the human mind, and he is inspired by a rich history of horror tropes and stories. Because he is so easy and exciting to reimagine, a huge cascade of artwork about Slender Man flooded the Internet. People who weren’t familiar with Creepy Pasta and horror communities online had no idea about his powerful new folklore figure until the 2014 attack of Payton Leutner.

The tale of Slender Man was given real teeth with this attempted murder, and the ages of the girls involved made the situation even more shocking. Understandably a kind of moral panic erupted from news that young girls where under the “spell” of a scary paranormal horror figure born from the Internet.

There have been at least three movie adaptations of the Slender Man myth, including one film titled Slender Man that premiered a few months ago.

Terror in the Woods airs tonight at 8/7C on Lifetime.