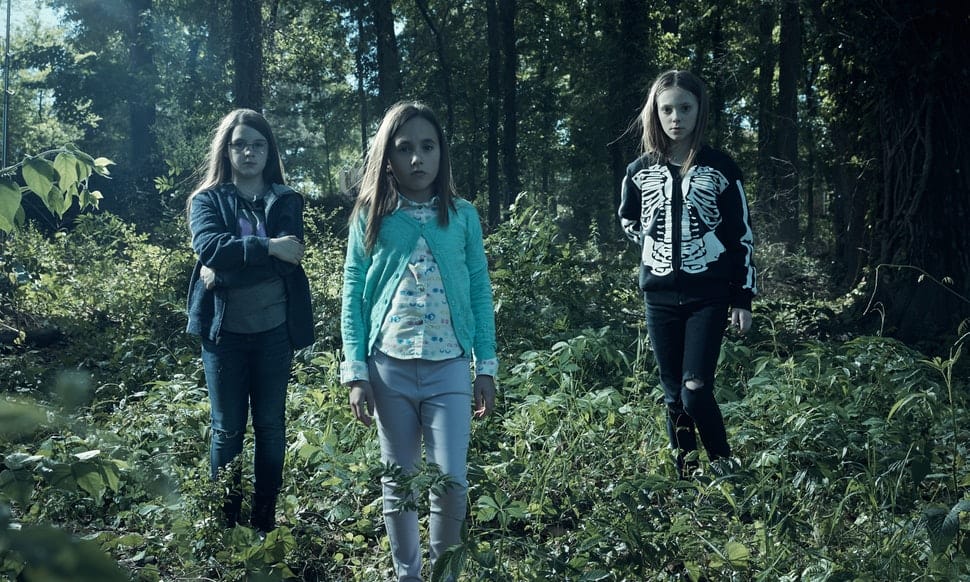 Lifetime’s Sunday night movie Terror in the Woods deals with a pair of preteen girls stabbing their friend in the woods in the name of an imaginary or paranormal legend called “Suzerain.” The parallels between this story and the 2014 Slender Man stabbing of Payton Leutner are too similar to be a coincidence.
Read More...
12-year-olds c and Anissa Weiser are about to stand trial as adults in the attempted murder of their then 12-year-old friend Peyton Leutner last spring in Waukesha, Wisconsin. They plotted for months to murder their friend, guiding by delusions about a fictional meme character called Slender Man. Disturbing notebooks and mutilated Barbie dolls from Morgan Geyser's bedroom were presented to the court this week, offering a look into her state of mind. She still holds on to her delusions, and has been diagnosed withs schizophrenia.
Read More...
Read More...