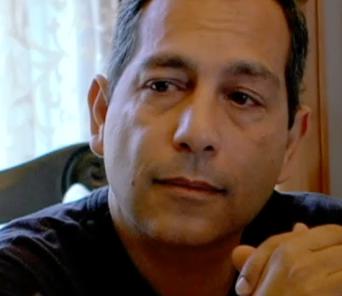 There are a lot of reasons to assume that Farrah Abraham’s father Michael is her step-dad.

When her parents told Farrah about their divorce on camera last season she coolly accepted that Michael wouldn’t be around much anymore. In fact, when he asks if Farrah “Are you done with me? Do you want me around?” Farrah replies with a chilly “Yeah, I want you around to a certain extent.” Not exactly a normal relationship with a biological father, but he could have done things (or not done things) to make her emotionally detached from him.

But combine this chilly reception to news of a divorce with the fact that Farrah’s mom’s last name is Danielson and Farrah almost always calls her dad “Michael,” and its easy to assume that he’s not her biological dad. However, the truth is that Michael Abraham is her real father. Both Farrah and Michael’s last name is Abraham. Her mother didn’t change her last name when she married Michael.

Apparently Farrah explained that she started calling her father Michael when he took her mother’s side when she assaulted Farrah. She claimed she’s back to calling him dad, but since she continues to call him Michael on the show, it looks like she keeps up the first name basis whenever she is upset with him.

Even though Michael and Debra are going through a divorce, it looks like Michael has continued to be a huge part of Debra, Farrah, and Sophia’s lives.

UPDATE – Farrah did an interview with MomFinds in which she explains she has always called her dad Michael at her mother’s request because her sister had a different father and Deborah didn’t want the daughters to feel like they might be treated differently. From Farrah:

Everyone asks this. I have a sister and we have different dads, so in all fairness to my sister I call my dad Michael just like she does and everyone else in my family. It works out fairly this way in my family. I do call my dad “Dad” sometimes. If others look at this as a disrespectful thing then you can talk to my mom about it. I never started it, I was taught to do it this way.

On the last reunion special for Teen Mom, aired September 4 (but taped months earlier) Farrah shed more light on the situation when she told Dr. Drew that she called her dad Michael because “It’s hard to call your parents mom and dad when you’ve lost respect for them.”

UPDATE: June 2012, Michael left a very kind and thoughtful comment on one of our blogs posts, and added at the end this statement about how he feels about Farrah calling him by his first name:

“As for her calling me Michael, even though she is my child, she is an adult and she can call me Michael anytime!”

Full recap of the Farrah Abraham ‘firing’ scene with Morgan Freeman, plus Farrah’s reaction after the episode aired