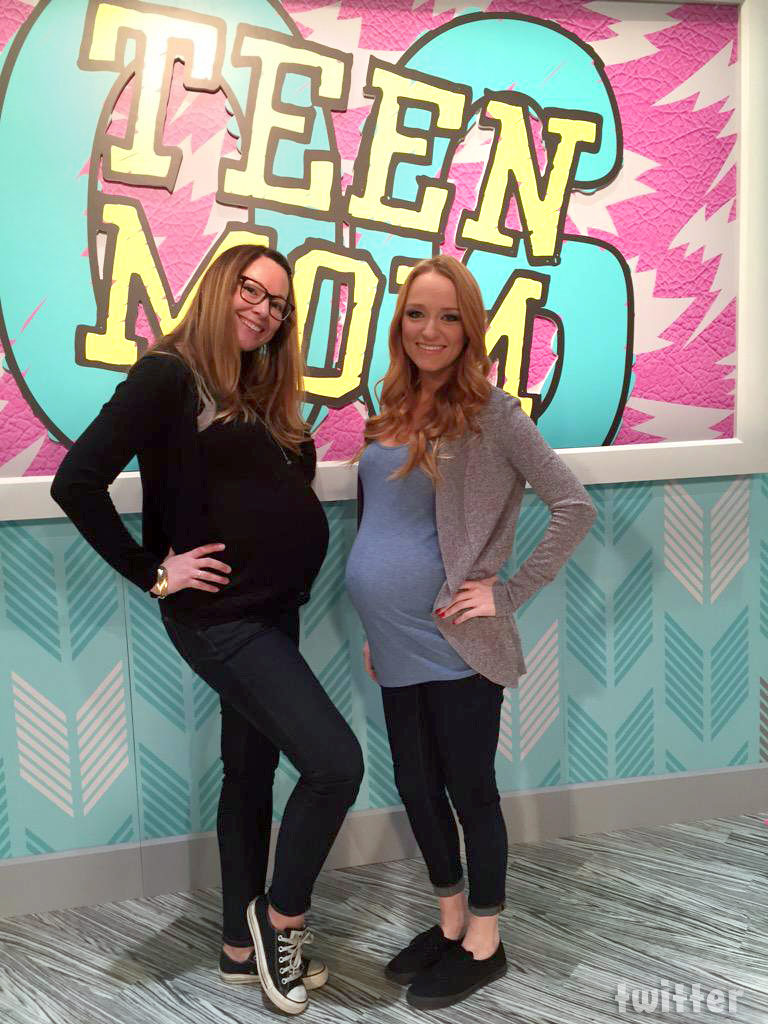 The “Original Girls” of Teen Mom were back in New York City yet again this weekend, this time to film the Teen Mom OG Unseen Moments with Dr. Drew special, and of course there were lots of great photos. Fans know that MTV and show producers have broken down the fourth wall for the new season, and it appears as though that phenomenon is extending to social media as well as executive producer Morgan J. Freeman was the source for most all of the photos in this post, including the Maci Bookout baby bump photo above. In the photo Maci is posing with Morgan’s wife Katie, who is also currently pregnant. The picture is extra meaningful for Morgan and Katie, who actually met in the hospital when Maci was giving birth to Bentley!)

And check out this “behind-the-scenes” control room shot posted by Morgan: 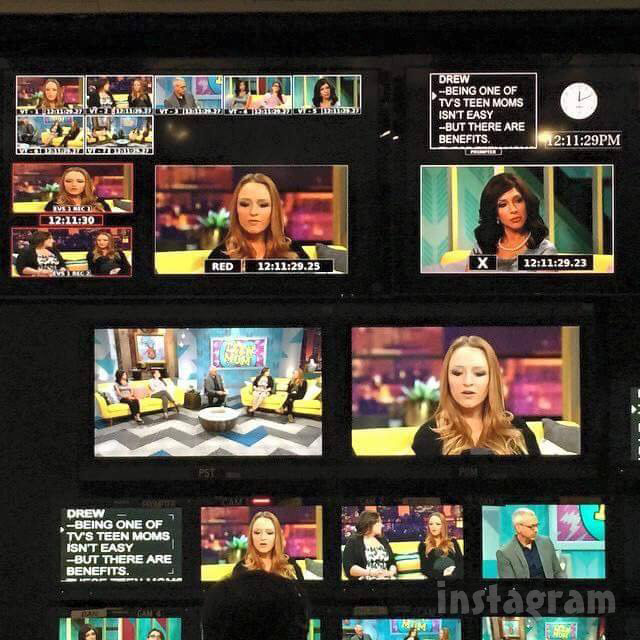 That photo is great because it actually reveals a little bit about what viewers can expect to see on the Dr. Drew Reunion special, including what the moms wore and where they will be sitting. You’ll notice they have Maci Bookout and Farrah Abraham sitting as far from each other as possible.

And here are three Morgan J. Freeman selfies with (from top to bottom) Gary Shirley, Amber Portwood, and Dr. Drew:

Speaking of getting makeup done, here’s Farrah Abraham gettin’ her beauty on:

And here’s Farrah meeting with a happy fan followed by a photo of her OG-themed door:

The door to the reunion pic.twitter.com/krbApVUEMU

And how about Gary, Leah and a fan bringing the “It’s Gary Time!” mantra to the NYC!

Although this next photo isn’t from this past weekend (it’s from two weeks ago), I’m going to include it just because Taylor McKinney, Maci Bookout, Jayde Carter and Taylor’s beard in Times Square is just too awesome not to include!

Not only is she smart but has a tireless work ethic to go with it. Congrats babe, you deserve everything u get! #iAskedForCarsonButHeWasntThere #ApparentlyHeHasntClockedInSince2002

My apologies to the Catelynn and Tyler fans out there, for some reason photos of them in the big Apple this time around were scarce. Perhaps becuase folks were wary of sharing pictures of little Novalee?