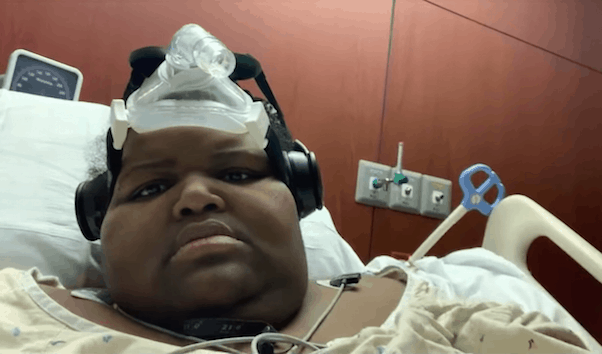 She’s been hospitalized for almost the entirety of this year, with a variety of different ailments, and is now urging her followers to “never take life for granted.” But is Schenee Murry near death? Since our last update on the controversial My 600 Lb Life star, Schenee’s fought opiate abuse rumors, and has also lost a loved one — something that was very much on her mind during her last video update.

When we last checked in with Schenee, she was under fire from My 600 Lb Life viewers for partaking in eating contests from her hospital bed. Despite the optics, Schenee has been claiming some serious weight loss for months: at the beginning of 2019, Schenee said she’d lost “almost 300 pounds” since filming for her Season 6 episode ended, and shared a photo of the weight reading on a digital scale as proof. (Schenee herself was not in the photo, however.)

But Schenee’s most recent video updates present a very different picture. The latest, entitled “Don’t take love for granted make sure you say goodnight not good bye and always say I love you,” is what set off the “Is Schenee Murry dying” speculation. But the morose video title didn’t come from Schenee’s own health. A few minutes into the 21-minute update, Schenee explains that she had just learned of her grandmother’s passing earlier the same day, and it seems the woman’s death hit Schenee hard.

“I put that [title] up there because y’all never know when, or where, or how. I never want y’all to take life for granted,” said Schenee, from her hospital bed. “I want y’all to love y’all loved ones no matter what they did to you. Always say you love ’em; never say goodbye; always say good night….I just want y’all to keep me and my family in your prayers.”

As for her own health, Schenee mentions several times that she’s been “having problems” with her “anxiety” and “breathing,” as well as the sickle cell anemia with which she says she was diagnosed earlier this year. Those health problems, combined with the bullying Schenee says she’s subjected to on a daily basis, have left her particularly despondent.

“I feel so far away from home,” Schenee says. “I never expected this. It’s not real to me, right now.”

As for the rumors of Schenee’s alleged opiate abuse, it looks like those got started at some point during the last year or so of Schenee’s hospitalization. As anyone who’s watched her video updates can attest, Schenee often sounds quite lethargic, and her videos are often spliced together from several different takes throughout the same day. This, combined with Schenee’s own self-described tendency to fall asleep easily, appear to have fueled gossip that Schenee is an opiate addict.

In order to combat that gossip, Schenee *also* recently underwent a sleep study — and filmed herself before and after, to “prove” that she’s trying to figure out why she sleeps so much. Schenee specifically singles out the opiate abuse talk in the video:

So — is Schenee Murry near death, or is the rumor mill around her just in constant motion? And has she really lost between 250 and 300 pounds? Although almost all of her updates for awhile now have come from a prone position, we’ve uncovered the most recent nearly full-body photo Schenee uploaded, from May 14th of this year: 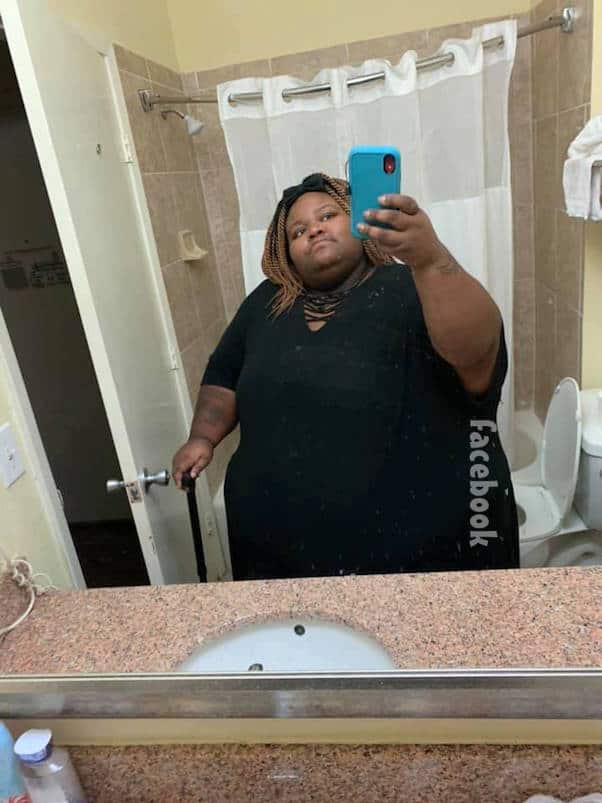 Just under two months later, in early July, Schenee also shared a pic of some of her medical paperwork, in an attempt at convincing her detractors that her weight loss claims are legit. Schenee’s name and the correct date do appear on the bottom of the paperwork, which says her weight at the time was 548 pounds. If accurate, that figure would represent a loss of 222 pounds from Schenee’s peak at the beginning of her My 600 Lb Life episode: 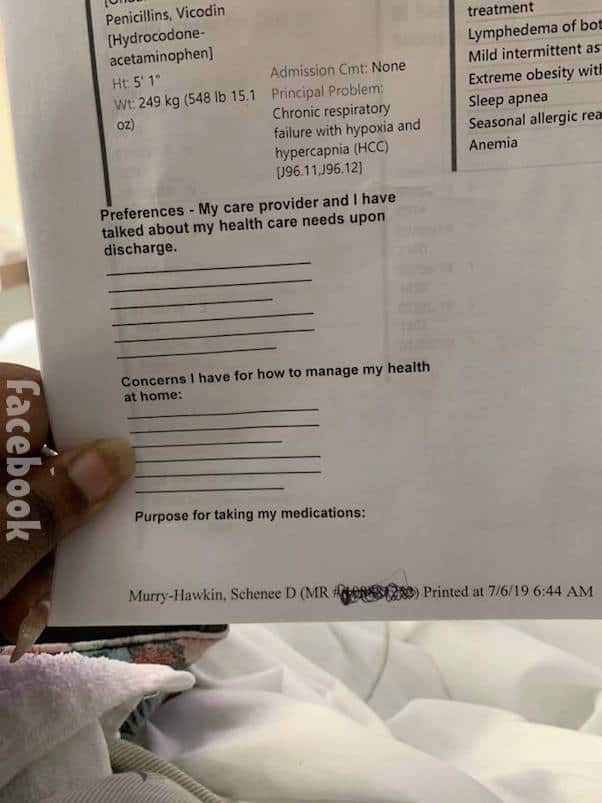 “This is how you show proof and dedication to your goal,” Schenee captioned the photo. “look at the name, date, time plus the height and weight they just brought this in to me ;wont God do it yes he will from 780 to now thank you Jesus!!!!!!!!!”

How Kim Kardashian and other stars stay fit while pregnant