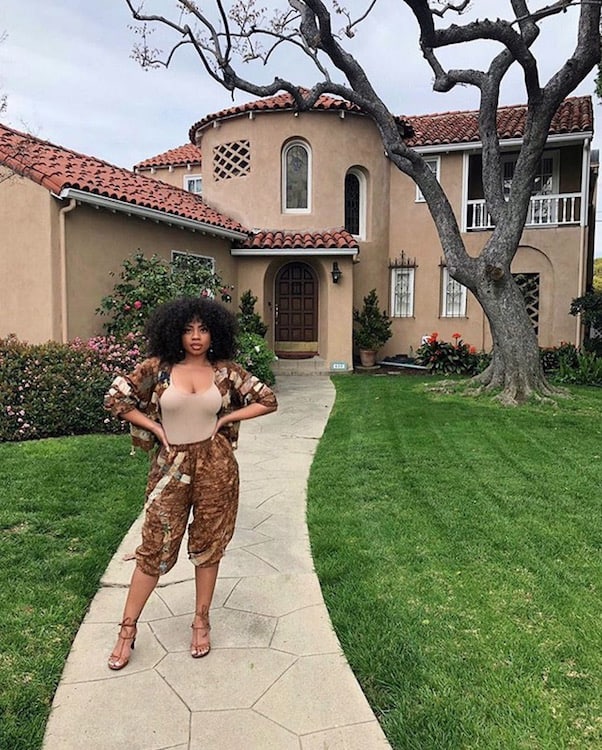 The Ajani Scott Love and Listings storyline has been one of the biggest on the show’s debut season. Though Suge Knight’s son Jacob Knight got the most attention leading up to Love & Listings‘ debut, it’s been Ajani and her married co-worker Andrew Clinkscale’s constant flirtation and did-they-or-didn’t-they love story that’s generated the most buzz. (For the record: as of now, Ajani says the two of them did sleep together; Andrew denies it; and the season will end without resolving things.)

But, as Ajani recently revealed, we won’t get to see the “true passion” in her life unless there’s a Love and Listings Season 2. The 33-year-old Michigan native says she’s begun focusing her attention on something she’s wanted since she was a little girl: a singing career. That’s hardly unusual for someone on a VH1 reality show — but Ajani’s genre of choice is Latin music, and she’s actually been singing in Spanish for some time. (So, if Love & Listings doesn’t work out, Ajani could always head back East and try to get a spot on Love & Hip Hop Miami, where there are likely to be a few new cast openings soon.)

Ajani dropped her first public Spanish track this past May, in honor of her 33rd birthday. She chose Selena’s song “Que Creias,” and was positively giddy about the big reveal after sharing the recording. “Today is my birthday!!! ? And, I’m finally sharing my MUSIC!!!,” Ajani wrote, on May 29th of this year.
“Yes, I sing in Spanish!!! I’m so excited to move forward with this venture in my life!!! Thank you so much to everyone that has supported me thus far!!! Stay tuned, MUCH more to come!!!”

So — is Ajani Scott a Latina woman? A few months after the song dropped, Ajani spoke about her passion for the music and her own ancestry in an interview with Lady Charmaine TV. She explained that she’s “not of any Latin descent” — Ajani simply loves the music. In fact, she further explained that she’s been singing in Spanish and working on her fluency since she was a nine-year-old girl back in Lansing.

As for the Ajani Scott Love and Listings performance debut? It turns out Ajani actually won’t sing on the show this season. “At the time that we were filming, it’s not something that I was pursuing,” Ajani said. Since filming on Season 1 wrapped, though, it sounds like Ajani has thrown herself back into her passion. If we do get a Love and Listings Season 2, expect to see Ajani either work her music into the show or put up a fight on social media over how the producers wouldn’t let her sing before the cameras 🙂

In the meantime, you can follow Ajani on Twitter (where she only has 153 followers?!) right here, and on Instagram here. Love and Listings airs Monday nights at 10 PM on VH1.