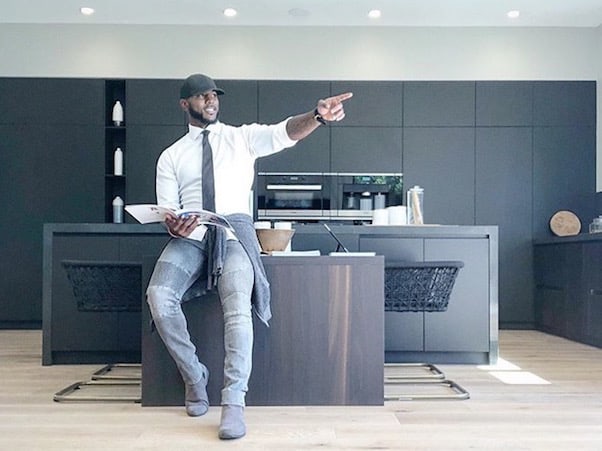 Love and Listings‘ lowkey biggest star is all taken care of in the money department. But the bulk of the Zac Diles net worth doesn’t come from where you probably expect. Though Diles had a solid journeyman career as an NFL linebacker, it’s actually his real estate success that’s keeping his pockets good and lined.

How much of the Zac Diles net worth comes from football?

Because it’s the biggest part of his bio (for now), we’ll get the Zac Diles NFL figures out of the way first. Diles, who played college football at Kansas State, was a seventh-round selection in the 2007 NFL Draft. He spent the first four full seasons of his career — from 2007 to 2010 — with the Houston Texans. After Houston released him, Diles spent 2011 with St. Louis (for the preseason), Tampa Bay (for the first three quarters of the regular season), and Indianapolis (for the final month). Diles spent 2012 as a Tennessee Titan; during the 2012-13 offseason, he signed with the Kansas City Chiefs, though he was released before the season started, and found himself back in Tennessee for the majority of the 2013 season. In 2014, the final year of Diles’ career, he was with the Cleveland Browns and the Houston Texans once again.

For those of you keeping track at home, that makes seven different teams and nine teams total for Zac, and over the course of an eight-year career — far longer than the NFL average (about 3.3 years). Unfortunately for fans and Love and Listings viewers wanting to know how much of the Zac Diles net worth is derived from his NFL paychecks, most of Zac’s contract info was never made public. The NFL’s veteran salary floor has changed dramatically over the years, as has the amount paid out to preseason players, so it’s very difficult to make even an educated guess about how much Zac may have earned.

The only thing we can say with reasonable certainty is that Zac made at least $211,176 in the final year of his career. According to OverTheCap.com, by 2014, Zac received dead money from three different teams: Houston, who paid him $67,059; Cleveland, who paid $134,117; and Kansas City, who apparently still owed Zac an even $10,000 from their offseason signing of him the year before.

But it didn’t take long for Zac to start playing the real estate game. During the 2014 season, Zac was actually studying to become a real estate agent; he got his license the following year. And by 2016, Zac was an agent for Los Angeles-based Rodeo Realty, one of the most prestigious large-scale real estate agencies in the greater LA area.

Before we get into those specifics, though, one thing Zac has made clear in the past is that he didn’t need to become a real estate agent because he was hurting for income. He said as much to Realtor.com, in an interview well before Love & Listings started filming and those fat reality TV paychecks started rolling in:

And as of right now, Diles says he doesn’t need the money. He’s doing it for the love of the (real estate) game.

“I don’t have to be doing this; I enjoy doing this. Will I get paid? Yes, but I enjoy helping other people,” Diles says.

Though the percentage can vary somewhat from transaction to transaction, the baseline commission for real estate agents in California is 6% of the sale price. And both the buying and selling agents generally split that comission evenly — so Zac stands to walk away with 3% of every property he sells.

But the calculations don’t end there. Agents generally pay a brokerage fee — anywhere from ten to 50 percent of their earnings, depending on their agency and their tenure at that agency — out of their earnings from each sale. Zac has been with Rodeo for three years, so he’s likely out of his rookie contract and starting to earn some more money for himself.

For simplicity’s sake, then, let’s assume Zac sells a house for a million dollars. The six percent commission is sixty-thousand dollars; Zac will take half, or thirty thousand. From that, he also has to pay Rodeo Realty its brokerage fee — it could still be fifty percent of sales, but let’s further assume it’s exactly one-third. Since 33% of $30,000 is $9,900, based on these figures, Zac would earn $23,100 for every million dollars in property he sells.

And, because this is southern California we’re talking about, a million dollars for a house is actually somewhat low. Check out the type of listings Zac is pushing:

I hope you guys are enjoying your Labor Day weekends! If you’re out and about stop through to my open house at 16366 Sloan Dr from 2-5pm today! 4 bedrooms 4.5 bathrooms with over 4500sqft of living space all on one level. Listed at just over $4.3M. Come on in and partake in food and drinks as well. See y’all there! #LaborDayWeekend #OpenHouse #LosAngeles #RealEstate #Realtor #Luxury #LuxuryLiving #DreamHome #HomeSweetHome #Entertainment #Sports #LoveAndListings

In fact, you can check out every one of Zac’s current listings here. As of this writing, the combined asking price of Zac’s top ten most expensive houses comes out to $29,080,900. Selling each of them just at asking price would earn Zac $671,768, based on the rates above.

With money like that, we’re betting Zac won’t sweat it if Love and Listings doesn’t get renewed 😉 For now, you can follow Zac on Twitter and Instagram — and check him out when new episodes of Love and Listings air Monday nights at 10 on VH1.

Kristen Doute wants to do Vanderpump Rules under a different name

What is Kendall Jenner’s net worth? Model’s value explodes thanks to social media popularity