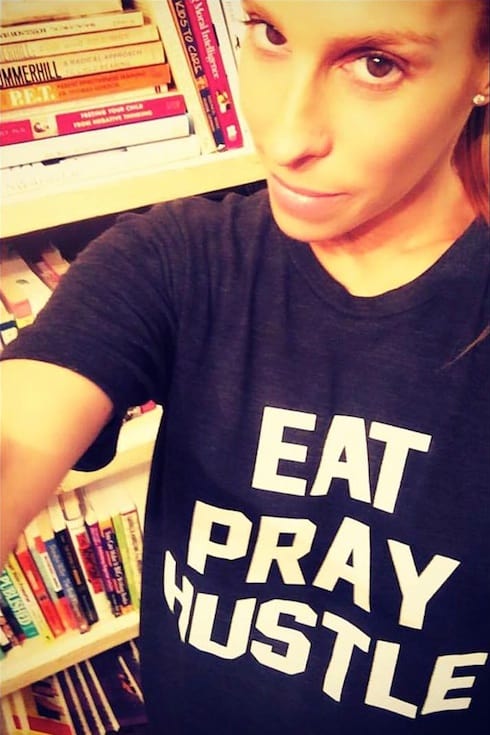 Who are Dr. Jenn Mann’s parents? What happened to her radio show? How tall is Dr. Jenn? And is Couples Therapy coming back for another season? These are just a few of some of the most frequently asked questions about VH1 star Dr. Jenn Mann, whose popularity seems to have only grown in light of Family Therapy, her most recent show for the network. To help get some of the answers out there, we’ve put together a FAQ, featuring the most common questions–and answers–about Dr. Jenn Mann.

Who are Dr. Jenn’s parents?
Jenn Mann is the daughter of legendary songwriting duo Barry Mann and Cynthia Weil. The pair wrote dozens of hits over a career that spanned four decades and saw them inducted into the Songwriters Hall of Fame in 1987. Their best-known songs include “Blame It on the Bossa Nova,” “We Gotta Get Out Of This Place,” “Never Gonna Let You Go,” and “I Will Come To You,” among many others. But their most famous song is probably (and will probably always be) the immortal “You’ve Lost That Lovin’ Feelin’,” which was named the most-played song on American television and radio of the 20th century in a 1999 analysis.

As for the How old is Dr. Jenn Mann question, there appears to be a bit of confusion. Searches on this topic often pull up a birthdate of July 13, 1965. (You can find it here, and see it reflected on this IMDB page.) However, that a birthdate is for Dr. Jenn Berman, a high-profile Los Angeles-area urologist who has the exact same name that Dr. Jenn had when she was still married to Joshua Berman. For the sake of comparison, that Dr. Jenn Berman’s web site is right here.

Was Dr. Jenn really an Olympic athlete?
She was indeed! Jennifer Mann competed on the 1984 US National Gymnastics team, (You can see a photo of her in action at a qualifying event here.) It sounds like this was a rewarding, if exhausting time–in her own words, “I traveled all over the world and I competed in a number of international competitions, I lived that life for a long time. I was a very high level athlete and by the time I retired I was training 50 hours a week.”

It’s not clear if Mann medaled at the 1984 Games, which were held in Los Angeles; the US team finished second in the all-around events, and several women won individual medals, though it doesn’t look like Jennifer Mann’s name is among them. Still–being an alternate on the Olympic team isn’t a bad thing to look back on! 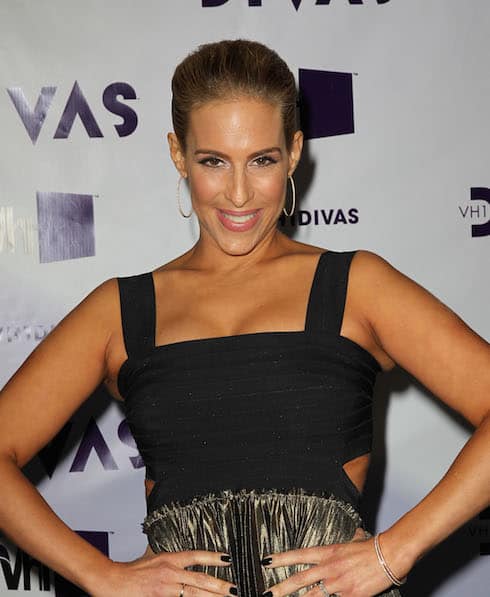 Where did Dr. Jenn go to school? Is she a real therapist?
Yes, Dr. Jenn Mann is a real therapist. She is licensed by the Board of Behavioral Sciences as a Marriage and Family Therapist (or MFT). She’s also a certified hypnotherapist and crisis counselor, and has been a professional therapist in some capacity since 1991.

As for her academic credentials, Dr. Jenn holds three degrees: a Bachelor of Science in Mass Communication from Emerson College in Boston; a Master of Arts in Clinical Psychology from Antioch University in LA; and a Doctorate in Psychology–specifically, in marriage and family therapy (as you might have guessed!)–from the California Graduate Institute, also in Los Angeles.

What happened to Dr. Jenn on Sirius? Where can I hear her radio show now?
Dr. Jenn’s show used to be broadcast via Sirius on the Oprah Winfrey channel. Sirius dropped that channel at the end of 2014 (though you can still listen to a catalog of clips on Dr. Jenn’s web site). Since then, the show has moved to a different channel: The Dr. Jenn Show airs on Sirius XM’s channel 109 Monday through Friday nights, from 8-10 PM EST (and 7-9 PM PST).

Why did Dr. Jenn change her name?
Dr. Jenn Mann was Dr. Jenn Berman until fairly recently. In 2000, she married Josha Berman; the couple had two children together, both girls, and both aged six at the time that Jenn and Joshua filed for divorce in 2012. After a year and a half of sticking with her married name–and, presumably, getting confused with a certain Los Angeles urologist more than either party really cared for–Jenn decided to switch back, and did so as publicly as possible. “I am very excited to announce that I will no longer be going by Dr. Jenn Berman. I am taking back my original name,” she announced, in January of 2015. “Moving forward I will be going by Dr. Jenn Mann. That’s two N’s on Jenn and two N’s on Mann!! #stillDrJenn #embracechange #NewyearNewname #2015 #goingbacktomyroots.”

On a related note, Dr. Jenn recently revealed the cover of her most recent book, The Relationship Fix, which will be out October 4th of this year: 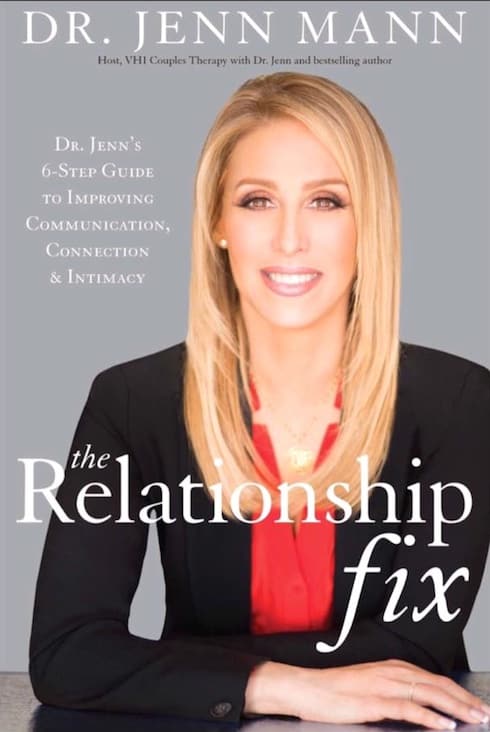 You can pre-order Dr. Jenn Mann’s The Relationship Fix here.

Is Dr. Jenn married? Did she remarry? Who is Dr. Jenn dating?
Dr. Jenn Mann has not–as yet–remarried, but she’s in a serious long-term relationship with fellow author, public speaker, and entrepreneur Eric Schiffer. As Mann explained it, the two first came together over business–but things quickly got personal:

[Eric] jokes that he fired me as a client right there so that he could take me out. At [our business lunch] lunch he invited me out on a proper date. Eric is a total gentleman and knows how to court a woman in a way that very few men do in this day and age. We developed a very strong connection on so many levels—intellectually, emotionally, philosophically, and on a soul level—early on. Even though we moved slowly, we started going out two or three times a week right away. It was like that John Green quote, we fell in love the way you fall asleep: slowly and then all at once.

Apparently, the two are great inspirations for each other: “Eric’s willingness to work on himself and to take responsibility has inspired me to take my own self work to the next level,” Jenn says, “and to work my a** off to be a great partner to him on every level. We have both grown so much from being together.” 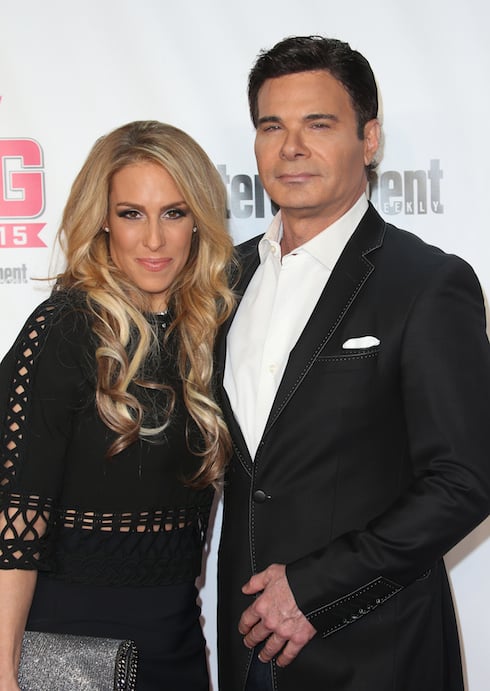 How tall is Dr. Jenn?
Aah–perhaps the most common Dr. Jenn Mann question of them all 😉 There are several different answers floating around out there, and they all conflict with each other. However, we have it on good authority that Eric Schiffer is 6′ 1”; if that’s true, then you can draw your own conclusion about Dr. Jenn’s height from the photo above.

Dr. Jenn’s official web site–as you might have guessed–is DoctorJenn.com. In addition, you can follow her on social media via these handy-dandy links:

And you can catch Dr. Jenn in action when new episodes of VH1’s Family Therapy with Dr. Jenn air Wednesday nights at 8 PM.

PHOTOS What condition do The Last Alaskans Lewis daughters have?