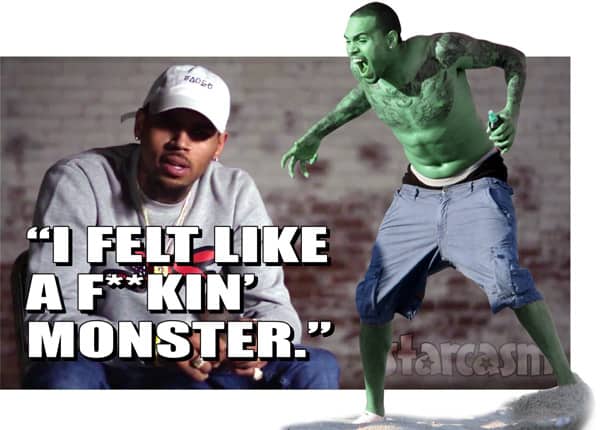 Today the world was treated to the first preview trailer for the upcoming Chris Brown documentary Welcome To My Life, which explains in just under three minutes how “America’s sweetheart” became “public enemy number one” overnight thanks to his assault of then-girlfriend Rihanna. Chris Brown then explains how bad Chris Brown was hurt after the brutal beating.

Here’s the trailer, which features some very flattering superlatives from the likes of Mike Tyson, Jennifer Lopez, DJ Khaled, Jamie Foxx, and Usher:

“Two years ago this artist was just another kid in high school,” a throwback female voice says in the beginning of the clip. “Now, two years later, he’s one of the biggest stars in the world.”

A young Chris Brown is then shown in an interview. “I want to be at the pinnacle. Like, the highest point to where I’m known as, like, a legend almost.”

At this point, we are treated to soundbites from the notable list of celebrities above that recollect their opinions of the pre-Rihanna beating Chris Brown. The conversations begin to shift from Chris’s talent to his relationship with Rihanna.

“I went from being on top of the world,” says Chris, “number one songs, and being kind of like America’s sweetheart to being public enemy number one.”

We’re then shown a montage of clips about Chris Brown attacking Rihanna and his arrest from various media outlets. “He made that mistake because he needed help,” a woman’s voice says. 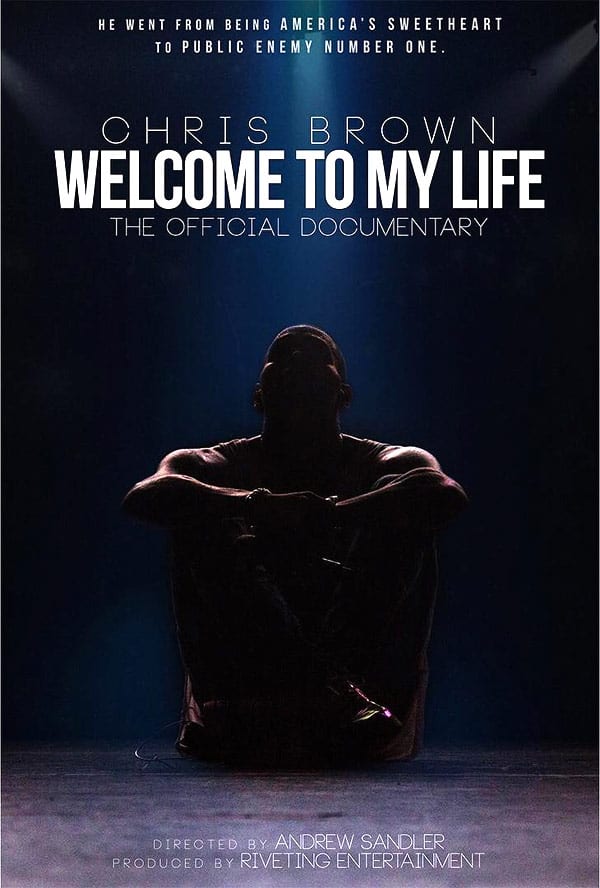 Here are all of the quotes about how the beating hurt Chris Brown:

Chris Brown’s mom: “That was the worst day of my life, and probably of his life. I felt like I was going to lose my child.”

Chris Brown: “I was thinking about suicide and everything else.”

Chris Brown: “I wasn’t sleeping. I barely ate. I just was gettin’ high.”

Mike Tyson: “The more light we get, the more we have to hide our demons.”

Usher: “If you truly do love Chris Brown, you felt everything that has gone on with him.”

Voice over: “And there has been speculation already by some that this really will end Chris Brown’s career.”

Here are the quotes expressing concern for Rihanna and the effect being brutally beaten by her boyfriend (while in the same public spotlight) had on her:

The clip ends with Chris Brown assuring us that Chris brown (in third person) will recover from his brutal assault of Rihanna and be successful: “If there was ever a doubt in your mind Chris Brown was done, he was finished — I wouldn’t bet on it.”

There is no release date for Welcome To My Life, though it is expected to premiere later this year.

[Editor’s note: We’ve been covering Chris Brown for years and, as you can probably tell from the tone of the article above, we have never gotten back on board the CB train after the Rihanna attack. And it wasn’t just the assault itself, it was all of his cocky, unapologetic antics that came after — which were then followed by some very public, very insincere apologies that seemed to come only after Chris (and/or his marketing team) realized that the “no regrets” gangsta attitude was seriously jeopardizing his career. He says that he “felt like a monster” at the time. Well, that’s because he acted like a monster at the time — and after. In the years that followed, Chris Brown continued to be violent and completely arrogant about not wanting to try to get help for his issues. This trailer is just more of the same. At no point in the clip did Chris Brown seem remorseful over attacking Rihanna, he only seemed to regret the negative publicity that it generated. I only hope that the omission of concern for Rihanna was a result of editing for the trailer and that filmmaker Andrew Sandler will include a little of her perspective in the full-length film.]

UPDATE – Chris Brown continues to be Chris Brown in a new Instagram post. Head over to The Superficial for that update, and a better written expression of our unsympathetic feelings towards Chris Brown the victim.

AUDIO Rihanna explains why she recently partnered up with Chris Brown