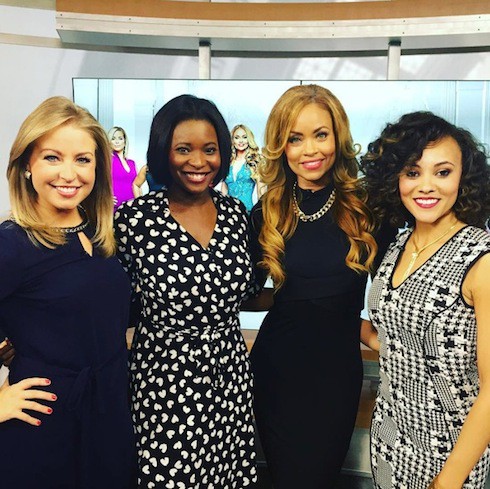 The latest RHOP update sees a continuation of what’s sure to be a common theme all season long: namely, Gizelle Bryant starting and then continuing a near-endless string of feuds! Last week’s episode saw Mrs. B take on basically every other member of the cast, and leaving fans of the new show wondering how she could possibly keep up such a relentless pace. It seems that Bravo has the answer: send the housewives to a whiskey tasting!

Last week, Gizelle mowed down her neighbors with almost mechanical precision. She took what Charrisse Jackson percieved to be a dig at her shaky marriage, before going on to insult her hair and foist her (Gizelle’s) hairdresser upon Charrisse like a pink bunny costume on Christmas morning. Karen Huger then got involved, and the three had a sit-down lunch to try and smooth things over. Of course it only made them worse.

The topper on this cake? Gizelle’s seemingly immediate dislike of new castmate Ashley Darby, who got the tag “THOT” (which, if you’re unfamiliar, is an acronym for “That Hoe Over There”). “She’s a little rachet,” Gizelle went on to say, “a little rough around the edges. I can tell you one thing–she is not from Potomac, Maryland.”

It’s clear that Gizelle enjoys playing this role; her Twitter feed is full of reactions to her catalytic ways:

Karen, for her part, seems to be taking everything in stride…

There is a right and a wrong and somewhere in the middle is TRUTH and that is where I live. Relax and enjoy the ride #MovingOn #RHOP? — Karen Huger (@KARENHUGER) January 31, 2016

…and Charrisse looks like she’s ready for a freeze-out:

And that’s exactly what I did! https://t.co/ttd0KU2j7V

Those plans might not last long, though, thanks to the whiskey-soaked outing that’s the center of the latest RHOP update. In tonight’s episode, the housewives head out to (ostensibly) hash out their differences over a long, involved sampling of assorted bourbons. They begin their evening with a foreboding toast–”To pacing ourselves!”–but that, of course, does not happen:

Talking about Charrisse like she’s not even at the table? That’s a baller move for Gizelle to make–or a playground move, depending on whose side you’re on. When Charrisse says she doesn’t want to revisit last week’s drama, though, Gizelle pulls the high road card: “I thought we were better friends…to at least discuss it. To get to a better place.” And then, when the stares across the table start to get especially long, Gizelle doubles down by referring to Ashley’s “hoe-ish behavior.”

Of course, things might not be quite as bad as they seem–either that, or Gizelle and Ashley are consummate professionals:

This is what we do right before we go live on camera #dumbfaces @ABC7 @_AshleyDarby pic.twitter.com/FjjnPVvNCb

The Real Housewives of Potomac airs Sunday nights at 9 PM EST on Bravo.

No, seriously: Is Masika Kalysha still on LHHH?