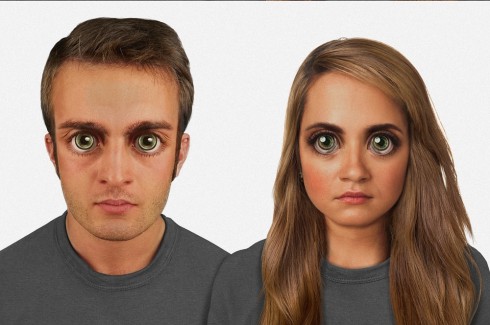 Developed based on conversations with Dr. Alan Kwan, a computational geneticist from the University of Washington School of Medicine, Lamm’s “Faces of the Future” predict what humans will look like 20,000, 60,000 and 100,000 years from now.

Each of the facial feature developments were based on environmental changes that humans are expected to face. For example, Kwan has said in research that humans will have thicker eyelids and more pronounced frontal skull bones to deal with the effects of low gravity. When you’re constantly flipping around in space shuttles, you’re going to adapt! 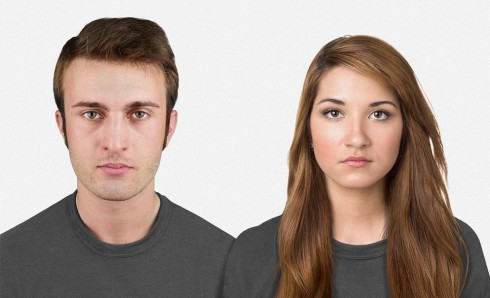 Although many the facial features seem striking and freaky to our 21st century sensibilities, Kwan predicts many of the changes will come about based on human preference. According to him, there will be “total mastery over human morphological genetics. This human face will be heavily biased towards features that humans find fundamentally appealing: strong, regal lines, straight nose, intense eyes, and placement of facial features that adhere to the golden ratio and left/right perfect symmetry.” 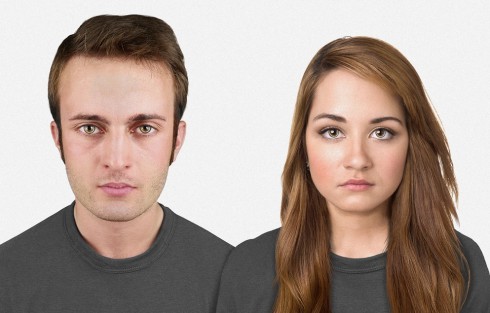 ^What Lamm expects humans to look like in 20,000 years. The primary development is that foreheads will be larger.

Although the arguments Kwan and Lamm posed seem rational, there has already been a good bit of criticism. In an article titled “No, This is Not How the Human Face Might Look in 100,000 Years,” Forbes writer Matthew Herper basically says that Lamm is fumbling around with scientific research that’s beyond what he’s qualified to address. 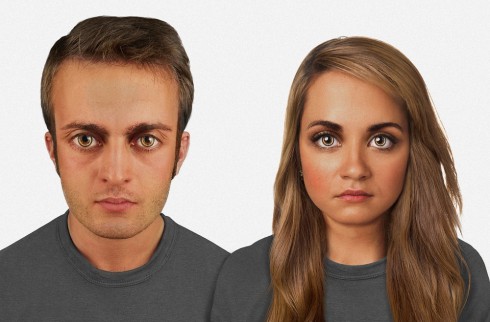 ^What Lamm expects humans to look like 60,000 years from now. Darker pigmentation will protect us from harmful UV rays.

Lamm, who has also developed images postulating what New York would look like on other planets or how Barbie compares to the average woman, responded by saying this was just his personal prediction based on limited knowledge.

Kwan also responded directly to Herper by saying he was basically overreacting.

“With all due respect, I do not feel as if Mr. Lamm, Ms. Olson, nor I passed this off as science. Unfortunately, the same cannot be said of your article,” Kwan said. “Ultimately, you took one man’s speculation for a simple thought experiment and ‘exposed’ it for not being ‘real science.'”

Either way, we won’t be around to know how humans will look hundreds of thousands of years from now… So it’s just fun to guess and gawk!

Did Toni Snow’s anti-Semitic remark get the Snow Sisters fired from Texas Flip and Move?