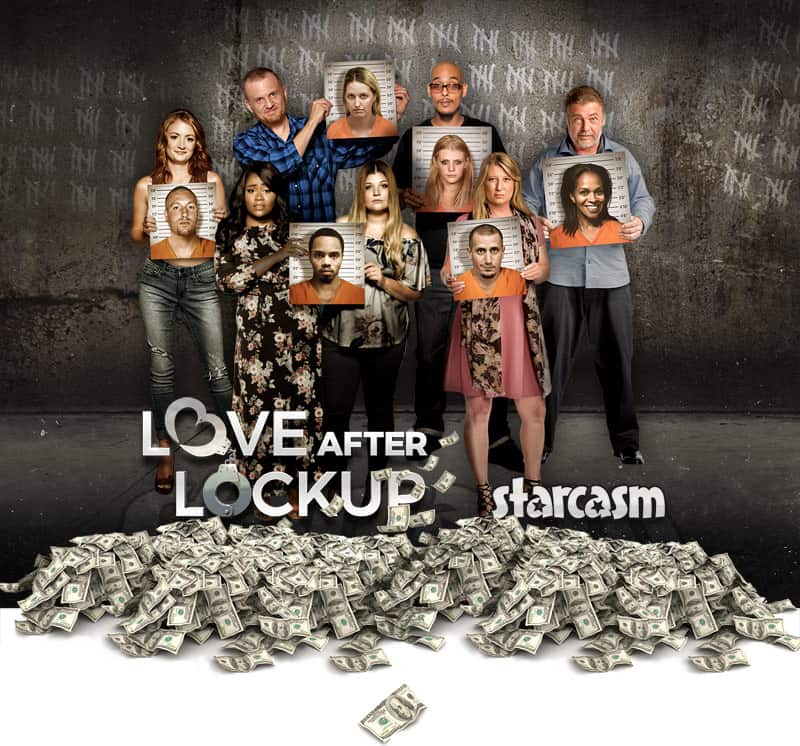 Given the concept of WE tv’s extremely popular prison romance reality series Love After Lockup, the cast members are often subjected to an inordinate amount of negativity and ridicule from fans. So, what is the price for that kind of exposure? How much money do the Love After Lockup cast member make?

According to one of the star’s contracts, they receive $2,000 per episode, with an additional $250 per day for any filming for special episodes like reunions, catch ups, etc. Season 2 of Love After Lockup was initially going to feature just 14 episodes, but WE tv recently announced that they have extended the current season from 14 to 24 episodes!

Doing some quick math will lead you to believe that the cast members were initially going to be paid $28,000 for the season, but that’s not accurate given that Sharp (which also produces all of the 90 Day Fiance shows) has a history of rotating out cast members so that they do no appear in every episode. We haven’t seen that a lot on this season of Love After Lockup, but Angela and Tony have yet to make an appearance. I assume that when they make their debut, we will start seeing one couple get cut each week — as horrifying as that may sound to fans. (Can you imagine watching an entire episode of Love After Lockup without Matt and Caitlin? Without Clint and Tracie?! Without…)

Speaking of Clint and Tracie, she recently made a Facebook post that seemed to provide an exact number. In a conversation about how badly she was being portrayed on the show, a fan pointed out that Tracie is “the bad girl of the show” before adding that “every show got to have that one everyone hates lol.”

Tracie responded by writing: “u know I’m the bad girl! Didn’t get paid 20k to be good!”

Now, the interesting thing is that it has been suggested that only the non-convict half (or two-thirds in the case of Michael and his two prison sister wives) actually gets paid. My information about the $2,000 per episode is for an un-incarcerated cast member, so I cannot verify whether or not Sharp pays the folks getting out of prison.

There is a curious entry about this topic on the Love After Lockup subreddit from March of last year. On a post titled “How much $ do you think people got paid? to be on the show,” there was this interaction in the comments:

COMMENTER 1: Johnna said on an instagram live that only the non-felon person of each couple gets paid, but she didn’t say how much.

COMMENTER 3: Don’t think they’d apply here; you’re (they’re) not profiting from the crime, but (arguably?) from the resulting incarceration. Hence why Piper Kerman could write, publish, and receive royalties from her book Orange is the New Black (plus whatever “created by” etc. income she gets from the show). There’s also some serious questions as to the legality of SoS laws (1st Amendment). I’d take up that challenge… 🙂 /lawyer

COMMENTER 2: Yea, it sounds like a stretch to me and there may be some other ‘real’ reason behind it. Or perhaps production just wanted to be cautious? Not sure.

What makes that interaction extremely relevant is the fact that “COMMENTER 2” is James from Love After Lockup Season 1! So, he certainly seems to be implying that Allah didn’t get paid. It sounds like he just assumed it was because of the Son of Sam law, but I would agree with everything COMMENTER 3 said in regards to that.

Plus, Johnna’s ex Garrett was flaunting all that cash online, which seemed to be payment for his participation in their “Where Are They Now?” special. So it seems they found a way to pay him? Or perhaps they paid his girlfriend Nelly? ??‍♀️

If it is true that the convicts don’t get paid, that would certainly fit Sharp’s m.o. as they also reportedly do not pay the foreign half of the couples from Before the 90 Days or 90 Day Fiance, even though they often hire local film crews to handle international shoots.

Speaking of 90 Day Fiance and Before the 90 Days, despite those shows being established ratings blockbusters for TLC, they reportedly still pay first-time cast members (from the US only) just $1,000 per episode. Granted, the expenses for international production are much greater, but that still seems laughably low to me — especially if the Love After Lockup peeps are getting double that! 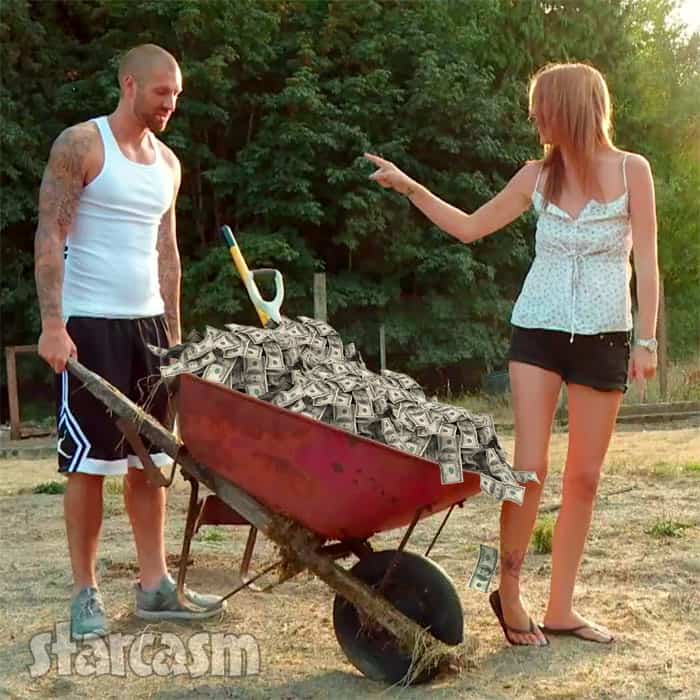 Another interesting aspect is that if Sharp doesn’t pay the convicts, then that would seem to add a lot of pressure for them to remain in the relationships, right? Especially in a situation like Season 2 where they have tacked on 10 additional episodes! Something tells me Clint’s goddess won’t be running off for good as long as they have that WE tv paycheck still coming in. The same goes for Lizzie as well.

Speaking of having that WE tv paycheck coming in, I just imagine Matt sitting in his mom’s back yard sipping a Corona at 11AM and Caitlin asking him if he’s found a job yet. “I’ve got a job. I’m doing it right now.” He points around. “Don’t you see those cameras?”

You are absolutely correct Matt! And you are worth every penny my friend! ?