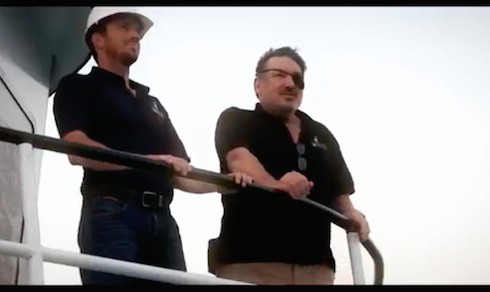 Did Billion Dollar Wreck find the treasure? The hit History show was a treasure hunting mystery in the Curse Of Oak Island vein, in part because, as the first season progressed, the show became about Captain Martin Bayerle’s singular obsession with the elusive treasure on board the RMS Republic as much as the treasure itself.

But: did Captain Bayerle actually find the gold? Unfortunately (or fortunately, depending how invested in the show you got), the crew came up empty in the Billion Dollar Wreck Season 1 finale. It’s too early to say whether that means there will be a Billion Dollar Wreck Season 2, though it is worth pointing out that viewership and fan interest in the show remained high throughout its nine-episode run. And it looks like Captain Bayerle himself recently took to Reddit to respond to fan complaints about an anticlimatic finale. (The account that the responder used isn’t referenced anywhere on Martin Bayerle’s social media pages, but it does end with an intivation to follow him at his official Twitter account, which is maybe not the smartest thing to do if you’re looking to impersonate someone.)

Bayerle’s response, which you can read in full here, re-cast Billion Dollar Wreck Season One as less a specifically treasure-hunting mission and more of an exploration, hopefully setting up future dives, and a grand discovery:

Over time, shipwrecks shift, collapse, are pulled apart by trawlers, draggers, current and storm surge. Areas of the wreck which were formerly inaccessible open up, others close. Sand and debris can fill in, or be washed away from areas.

This series of dives was primarily exploratory, to answer two questions:

For these purposes, essentially reconnaissance, the tools at hand were adequate. Hopefully, since obviously we need more, adequate crane (400 ton), 18 man saturation diving system (to permit 4 divers on the wreck in 6 hour shifts, 24/7), work-rated ROVs, cutting torches, shape charge explosives, DP vessel (to paraphrase a quote from The Treasure of the Sierra Madre, we don’t need no stinkin anchors) with helipad, manned submersibles – all the bells and whistles to give the wreck a cesarean – these tools will by the grace of God become available. To quote a line from a somewhat relevant movie, I think we need a bigger boat. I can’t provide any spoilers, so you’ll just have to watch the show to see how things work out. Thanx for watching.

History hasn’t yet made an official announcement about whether viewers can expect more Billion Dollar Wreck episodes. For now, you can catch up with any episodes you missed on History’s site, and read more about the RMS Republic and Captain Bayerle’s billion-dollar theories at his own site.

Bobbi Kristina Update: BK’s situation is dire, and the family fighting is getting out of control