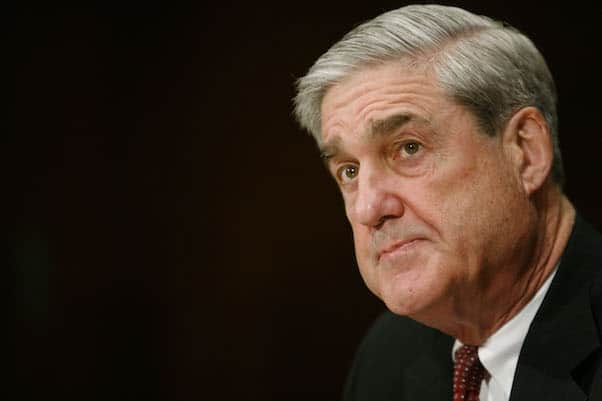 VOX – With the Mueller Report released and everybody reading like a high school class the night before a final, here’s a primer on some of the major players and instances and other stuff you may have forgotten about over the past couple of years (along with the actual Report itself)

LAINEY GOSSIP – Read carefully the tea leaves that are this week’s crop of Game of Thrones still frames from the next episode. The one of Samwell and Jon is rightfully getting the most attention, but my favorite is the image of Grey Worm and Missandei where you can clearly see the bend in Grey Worm’s prop blade

THE BLAST – Kodak Black was arrested on drug and weapons charges last night while traveling back into the US from Canada. He’s still in jail as of this writing, and his mug shot is public

THE BLEMISH – It will probably not surprise you to learn that Coachella is a hotbed of public sex. Here are some stories about that! Bonus: An extremely NSFW video of a fellow receiving some enthusiastic oral sex on this year’s Coachella Ferris wheel

JEZEBEL – If you’re in dire need of an escape to someplace quiet, you might consider the tiny Italian village of Paroldo, population 230, where benevolent witches apparently roam the “maze of medieval alleys” and cure people of ailments that leave doctors baffled. Could also be a horror movie; sounds like it’s worth the risk

CELEBITCHY – In other Game of Thrones news, Jason “Khal Drogo” Momoa has followed in co-star Kit Harington’s footsteps and shaved his (facial) hair. But Momoa hasn’t been on the show in years, so this decision seems somehow more and less logical than Jon Snow’s

DLISTED – Disney’s $5 million contribution to the Notre Dame rebuilding fund also comes with a blank check for your best Euro Disney jokes, so make them count

REALITY TEA – Why did Gregg Leakes call Cynthia Baliey “a sister” at this year’s RHOA reunion? Here’s his explanation