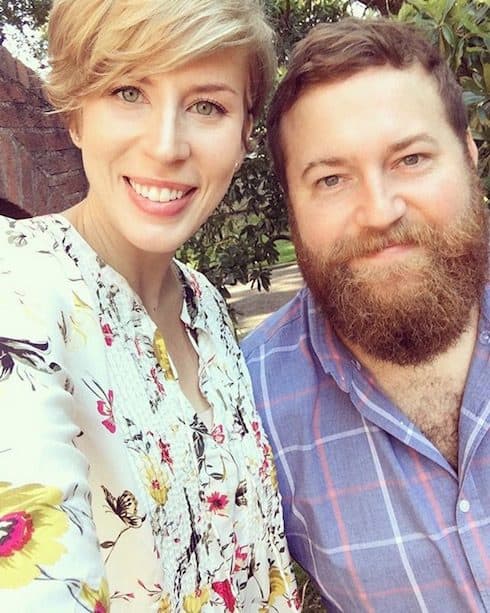 At the beginning of 2018, thanks to a total website overhaul and general post-holiday fatigue, we were embarrassingly late with the news that Erin and Ben Napier had welcomed their baby girl Helen into the world. We’ve got no excuse for being tardy a second, but at least we’ve got more good news: HGTV Home Town Season 3 is officially a go!

The Napiers themselves confirmed the news with an Instagram update shortly after getting official word from the network:

We got some exciting news today, friends… Season 3 is coming! #HGTVHomeTown

If HGTV’s own press release is to be believed, the decision was a no-brainer. Home Town has been the “#3 position in its Monday 9-10 p.m. timeslot among upscale [female] viewers 25-54,” which basically means the show has exactly the sort of audience that major advertisers covet.

Of course, the Napiers are still a little bit busy wrapping up promo for Season 2 and raising an adorable two-month-old, and so nobody is really talking about what HGTV Home Town Season 3 will look like. We have a couple of predictions, though, and they both involve the fact that the network is about to have a Fixer Upper-sized hole in the middle of its lineup.

First of all, it’s possible that Erin and Ben are about to become even more visible on HGTV. Chip and Joanna Gaines are the face of the network; it’s not a stretch to say that HGTV wouldn’t be what it is today without them. There are enough similarities between Fixer Upper and Home Town — cute Southern couple; small Southern town; plenty of feel-good home renovation stories; a simple, easily reached-for aesthetic — that the network should feel comfortable raising the Napiers’ profile after the Gaineses are gone.

(One quick qualifier: Yes, we are aware that Waco is roughly ten times the size of Laurel. But neither place is large enough to be considered a proper city.)

And secondly, it doesn’t seem like a stretch to think that we’re going to be treated to HGTV Home Town Season 3 episodes before 2018 is finished. There was already a very short gap — about seven-and-a-half months– between Season 1 and Season 2. The former aired its finale on May 23, 2017; the latter premiered on January 8, 2018. Again, Fixer Upper comes into play: that show’s highly coveted traditional Thanksgiving week premiere date of is now available. And Home Town‘s Season 2 finale airs on March 12th…or about eight-and-a-half months before Thanksgiving.

Having said all that, our only real hope is that Home Town retains its title as the coziest show on HGTV. So far, Helen is doing her part to keep it that way:

If you haven’t checked it out yet, you can get acquainted with Home Town‘s inner workings with our feature here, and learn all about Erin and Ben with our FAQ on the Napiers here.

Then, of course, you’ll want to tune in: Home Town airs Monday nights at 9 on HGTV.

Do the people on Home Town keep the furnishings? Erin and Ben Napier’s Laurel Mercantile, explained