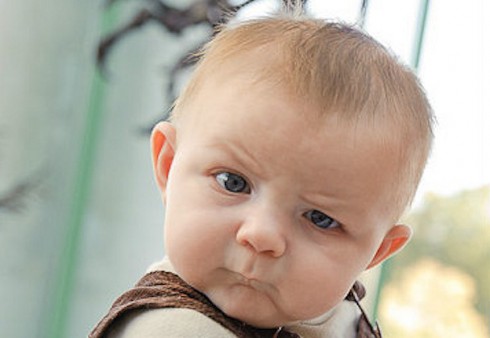 A baby girl was born with two 8- to 10-week-old fetuses in her abdomen in November 2010, the Hong Kong Medical Journal reported for the first time today.

At first, doctors believed the baby girl had two tumors. But, upon postnatal imaging (shown below), they discovered the masses each had umbilical cords, limbs, skin, rib cages, brain tissue, spines, intestines and more features common in 10-week-old fetuses.

“Since it is impossible for the little girl to have conceived the pregnancy on her own, the fertilization of the twin fetuses, of course, belongs to her parents, which has gone to the wrong place,” Dr. Yu Kai-man, a specialist in obstetrics and gynaecology, told South China Morning Post.

As the report explains, the condition of “fetus in fetu” actually occurs in approximately 1-of-500,000 births and can happen to male or females. The exact cause isn’t known as there have only been 200 reported cases, but one suggested theory is of “monozygotic diamniotic twins,” where one is absorbed by the other — although Hong Kong Medical Journal notes there is “as yet no concrete evidence to confirm this relationship.”

Most reported cases of fetus in fetu were discovered in the living child’s infancy. However, in one of the more memorable cases, a farmer from India didn’t realize only discovered he was suffering from the rare condition until he was 36 years old and it looked like he was pregnant.