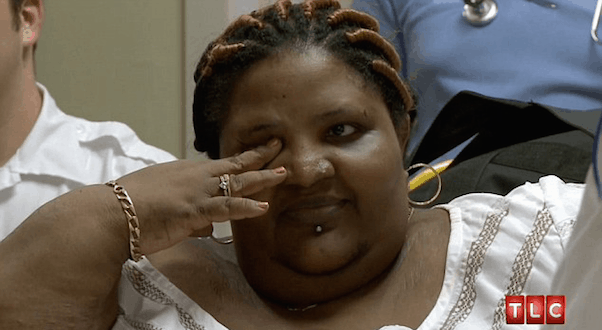 The tragic death of Dominique Lanoise, better known as the 600 Pound Mom of TLC’s documentary special, continues to resonate almost eight years on. Dominique’s story was the first and most notorious in an unconnected series the network aired before My 600 Lb Life made its debut. And, though Dominique wasn’t a My 600 Lb Life cast member, her death is sometimes referred to as the first in the show’s history. But what about Dominique Lanoise’s daughters — the six young women who cared for their mother and struggled to get Dominique to change her ways?

Fortunately, of the three daughters who appeared on both 600 Pound Mom and 600 Pound Mom: Race Against Time, all appear to have gone on to raise families of their own. One of the three just became a mother herself. But for all six of Dominique Lanoise’s daughters, the pain of their mother’s death lives on alongside her shining memory, to which the daughters continue to pay tribute every year.

What happened to Dominique Lanoise’s daughters after their mother’s death?

In descending order of age, Dominique Lanoise’s daughters are Witelane, 24 at the time of filming and 34 now; Fabienne, 33; Sheila, 31; Tesilia, 30; Gelowe, 26; and Jeana, 24. And it’s been a hard and often heartbreaking road for the six Lanoise girls. Because they almost all still live in Miami, their mother and the circumstances of her death loom almost as large today as they did during 600 Lb Mom‘s filming.

Dominique herself first came to reality TV producers’ attention after a news story involving her weight went viral in 2010. A Haitian native, Dominique found herself stuck on the island following the devastating January 2010 earthquake because no commercial airline was willing to try and accommodate her size. It was three months before relief organizations, in conjunction with the Haitian government, were able to arrange Dominique’s safe immigration to Miami. During the wait, the five-year-old girl who at the time was the youngest of Dominique Lanoise’s daughters passed away from injuries suffered in the earthquake and its many aftershocks. 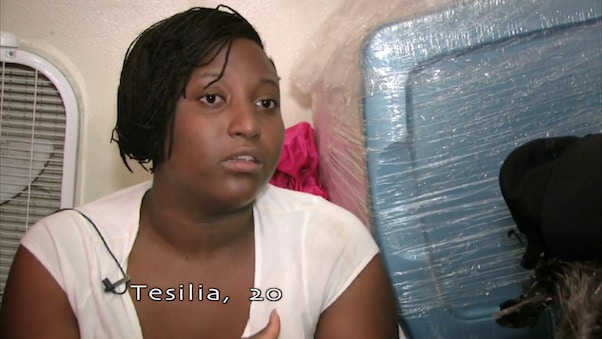 By the time filming for 600 Pound Mom began, Dominique had been bed-bound since her arrival in the US. In a development now familiar to My 600 Lb Life viewers, she was well over 100 pounds past the 500 pound maximum weight limit for bariatric surgery. Enter Dr. Oscar Hernandez, of Miami’s Southern Bariatric Center, who arrived at Dominique’s home with a strict diet plan and a regular supply of approved foods.

Jeana, then just fourteen years old, was her mother’s primary caregiver. (Gelowe, then sixteen, was also still at home, but declined to appear in 600 Pound Mom.) Thanks to her efforts and help of her five sisters — among them Fabienne and Tesilia, who also consented to be filmed for the documentary — Dominique began losing weight at an encouraging clip. Within four months of beginning Dr. Hernandez’s diet, Dominique had lost 100 pounds, and was within sight of her target weight.

How are Dominique Lanoise’s daughters now?

Though they keep a tight grip on their social media presence, all six daughters appear to be healthy today. And the youngest, Jeana, just celebrated becoming a mother herself (something we’ll have photos of in just a moment). 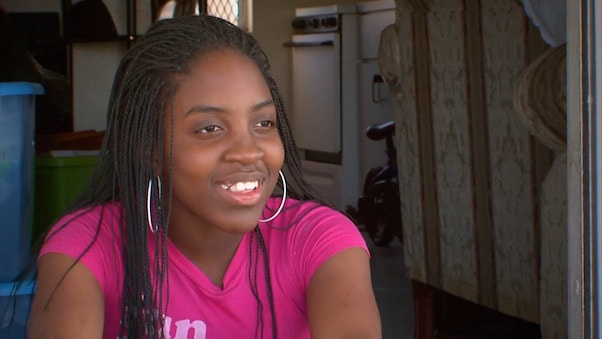 Jeana Lanoise, the sixth of Dominique Lanoise’s daughters, as she appears in 600 Pound Mom.

But, in another development now all-too-familiar to fans of My 600 Lb Life, Dominique regressed sharply. At her final weigh-in before the date of her surgery, Dominique weighed 689 pounds — she had gained back the 100 she’d lost, and put on almost 70 more. Dominique Lanoise’s daughters were devastated. Her doctors were disappointed. And Dominique herself tried to explain that while she’d been eating unhealthy food, she simultaneously tried to combat them by sprinkling unhealthy food with a diet powder she’d been led to believe would help curb future cravings.

It appeared that neighbors and visiting family members other than Dominique’s daughters had been sneaking the bedridden woman food outside of what her pre-packaged diet allowed. During a sit-down conference with Dr. Hernandez, Jeana said that though Dominique couldn’t get out of bed to open the door for people bearing such gifts, she could pass the key to the front door through the window behind her bed.

Though Dominique continued to struggle with the confines of her diet, her weight loss story had an unfortunate end. After being rushed to the hospital due to a sudden illness, Dominique Lanoise passed away on March 10th, 2012. She was 41 years old. 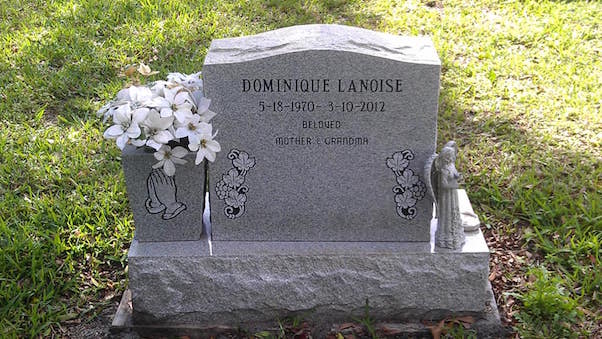 Seven years is an eternity in reality TV. And it seems to have gone by just as slowly for Dominique Lanoise’s daughters now; their yearly tributes to their mother are likewise testaments to emotional wounds that will never heal. Jeana, the daughter who spent the most time with Dominique during the final months of her life, shared a photo collage and an anguished recollection earlier in 2019, on the anniversary of Dominique’s death: 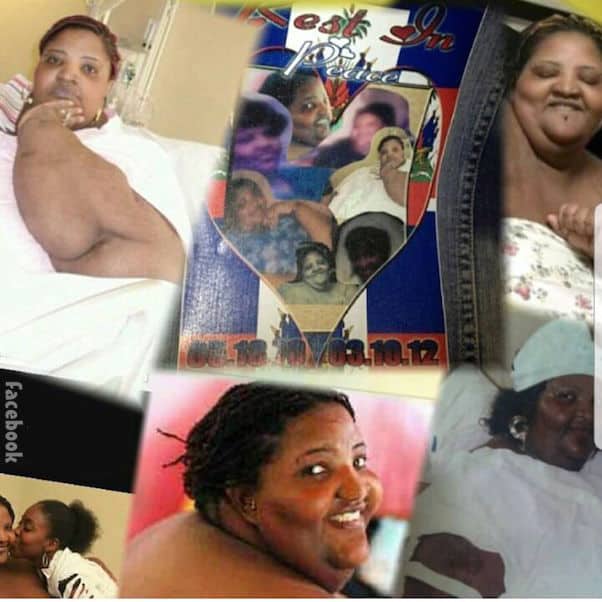 March 10 2012 the day you got called home I remember at the hospital the doctor telling me you was sleeping and I couldnt understand so I reply but her eyes are open and he didn’t response i then ran to the waiting room and got the others when they questioned the doctors they then told us we had to get out the room quickly and came back out at 6:28 and told us we sorry but she didn’t make it that was the worst feeling ever I was only 16 mom I knew your struggles was over but I needed you more then anything and still do I just ask you to continue watching over me 7years of hurt & pain R.i.p ma I love & miss you so much

However, as we mentioned above, life is not all gray skies for Dominique Lanoise’s daughters now. Jeana, who turned 24 years old just a few days ago, became a mother earlier this year. She gave birth to her own daughter on May 16th of this year. The little girl has a fitting name, one that pays tribute to both her mother and dearly departed grandmother: Janaya Dominique.

Here’s the most recent photo of Janaya that Jeana has made public, from October 29: 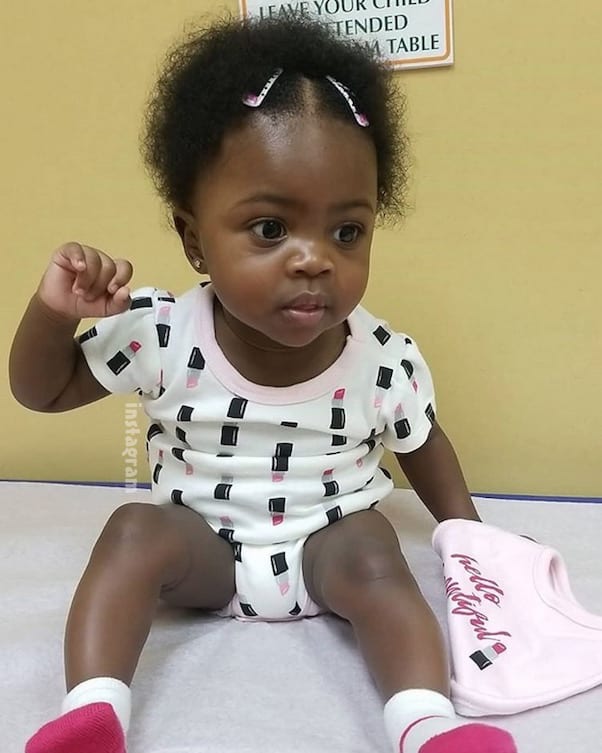 And here’s a recent photo of Jeana herself: 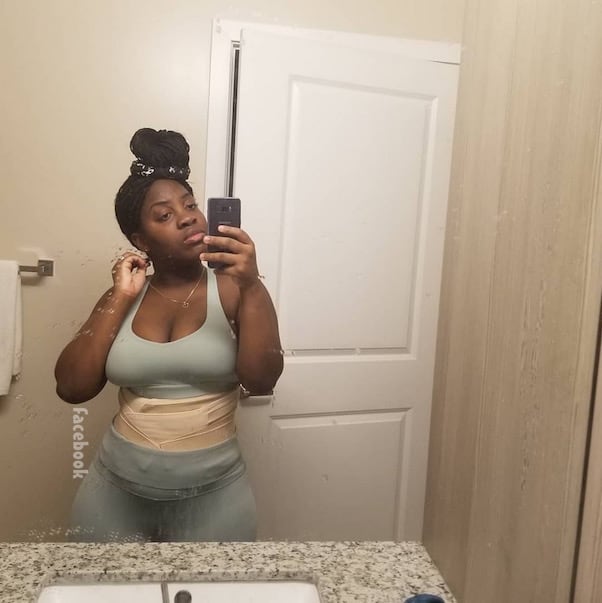 Finally, Dominique’s daughter Tesilia recently shared a similar tribute to her mother. Though there was no caption, the side-by-side photos of Dominique and her daughter said plenty: 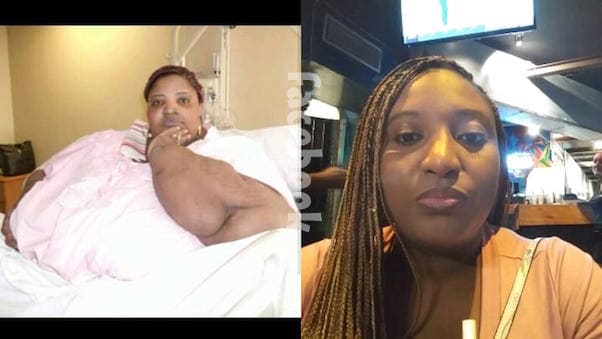 Unfortunately, 600 Pound Mom and 600 Pound Mom: Race Against Time are not available for streaming through TLC’s web site. However, the network is rerunning both parts of the documentary tonight, November 28th, at 8 PM and 9 PM respectively. Additionally, if you have an xfinity login, you can stream the first part of Dominique Lanoise’s weight loss journey here.