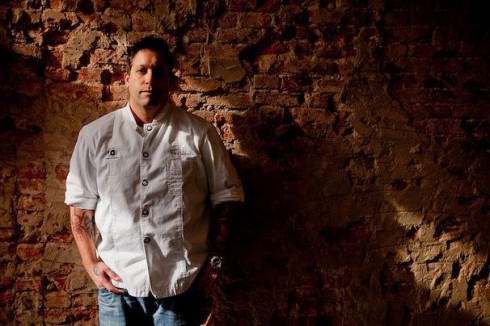 Pack your knives and go for it! Top Chef All-Stars runner-up Mike Isabella, is hiring servers and cooks for his new Washington DC restaurant, Graffiato, How many miles would you drive to find out what pepperoni sauce tastes like; or, if you’ve got the resume, to be on the line cooking it for Chef Isabella? (In case you’re not up for the road trip or the job, try Mikey’s Pepperoni Sauce recipe for yourself at home.)

In the last stew room scene of the Top Chef All-Stars finale, Chef Richard Blais said on camera that if he won the $200,000 prize, he would share some of it with Isabella to open Graffiato. Blais won, but did he show Mikey the money?. In the reunion episode, Andy Cohen asked Blais if he had made good on his promise to Isabella, and Mike quickly interrupted to say that his restaurant had been fully financed before Blais had a chance to throw his money in the hat.

With Isabella riding high on his strong finish on Top Chef Masters and Graffiato opening its doors so soon, Blais may wish he had gotten in on the action. Instead, Richard is focusing on his own projects. He’s going on the road with Top Chef: The Tour and opening his own restaurant this June in the Poncey-Highland neighborhood in Atlanta.